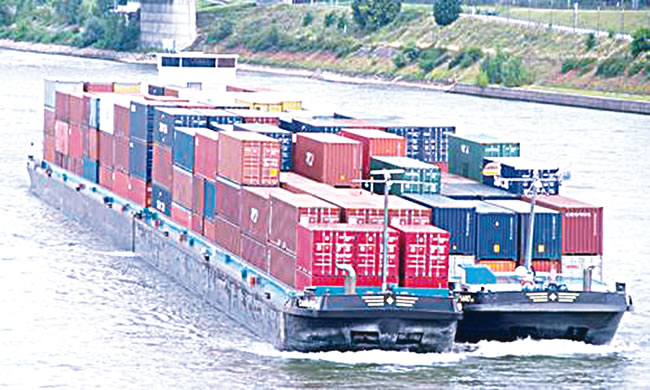 Maritime industry stakeholders over the weekend expressed displeasure over the loss of about $9.1 billion (about N3.5 trillion) to foreign shipping lines due to the inability of the country to transport its own cargoes with its own vessels.

The stakeholders who spoke at a one-day virtual symposium held with the theme, “Establishment of a Nigerian Global Trading Fleet’, which was organised to mark the 70th birthday of the Chairman, Starzs Investment Company and Starzs Marine and Engineering Company, Engr. Greg Ogbeifun, noted that due to the absence of a national carrier, Nigeria is losing trillions of naira to foreign ships.

The Executive Secretary/Ceo of the Nigerian Shippers Council (NSC), Hassan Bello, said the country paid $9.1 billion as freight to foreign carriers in 2015.

He said capacity must be “deliberately created” by the government to give Nigerians the opportunity to lift the nation’s cargo.

Bello, who is also the Chairman of the National Fleet Implementation Committee set up by the Federal Ministry of Transportation, said while efforts were being made to make a Nigerian national fleet a reality, the project must be private sector-driven to ensure its suitability.

According to Bello, “my committee was under pressure to bring anything that we will call a national fleet but it has to be sustainable. We don’t want a national fleet that will be here today and tomorrow it is gone. There must be removal of clog in the wheel of progress; these are fiscal and legal issues.

“The national fleet must be private sector driven but the government must come and provide the right environment. If it is private sector driven, then we expect to see sanity. Nigeria is the only oil producing country in the world to adopt Free On Board, maybe because of the risk but the oil is going down. People say we don’t have capacity but what we lack is not capacity but opportunity.

“In 2015, Nigeria paid $9.1billion as freight, thus local capacity must be deliberately created and efforts made to make the creation of a national carrier a reality.”

Also speaking at the event, the Chairman, Shipowners Forum, Mrs. Margret Orakwusi, said no Nigerian vessel was listed among a total of 500 vessels that visited the Nigerian ports in the first quarter of 2015.

”No Nigerian flagged ship plied the international route. That means no value addition to the huge annual tonnage generated by way of earnings in freight, which translates into billions of USD loss to Nigeria.

He added that insecurity on the waterways as well as deploying poorly trained seafarers as crew also pose challenges for indigenous operators.

Earlier in his address, Engr. Ogbeifun said since the demise of the Nigerian National Shipping Line (NNSL), Nigeria has become wholly dependent on foreign owned and foreign registered vessels to move its import and export trade with adverse economic implication for the country.

Other stakeholders who spoke at the symposium commended Ogbeifun for his efforts in promoting indigenous participation just as they stressed the need for operators, financial institutions and the government to collaborate and chart a way forward for the growth of the sector.