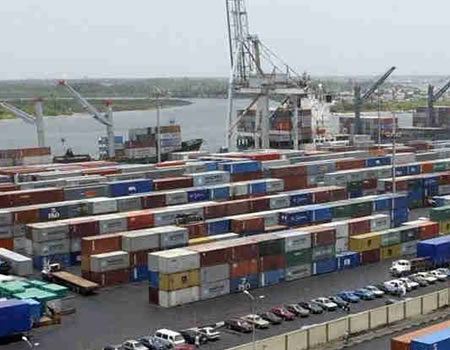 The Nigerian Shippers Council (NSC), the Nigerian Port Authority (NPA) and the Nigerian Railway Corporate (NRC) are seeking deeper collaboration in an attempt to end the gridlock currently been experienced around Nigeria’s ports.

Speaking in Abuja, on Thursday, the Executive Secretary of NSC, Barrister Hassan Bello, stated that the digitalisation of shipping operations, as well as the deployment of the railway, were the solution to traffic gridlock been witnessed at the ports.

“Three days ago, we had a meeting with NRC, NPA, the terminals where we strengthened the issue of the Standard Operating Procedures for rail.

“The most important thing is to make sure ports are efficient because, if ports are efficient, then a lot of benefits will be accrued to the government and the entire Nigerians. Many sectors will say, I contributed a certain amount to the GDP and we want transport to also be contributing to the GDP,” Bello noted.

He further explained that “There is no doubt about it, transport drives the economy, and what are we talking about, it’s all about infrastructure, employment, content, and so on.

“Before now, we had some challenges with Nigerian ports, because of some distortions, our dependence on the road has caused us a lot and has made it impossible for transportation to make expected contributions to the economy in terms of revenue, employment and infrastructure but this government is very serious, if not for COVID-19, we would not be having gridlock, we would have connected the rail to the port.

“When we have an alternative to road, we will remove a lot of trucks from the road, which means the price of road transportation will crash very soon, in a time to come.

The Executive Secretary said NSC was engaging stakeholders in order to put in place safety measures for the return of normal operations within all ports in Nigeria.