‘She was our Queen of Arts’ 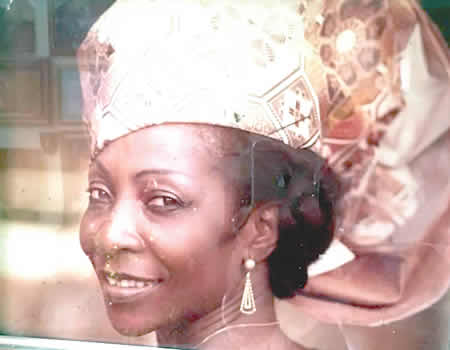 THIS must be the most difficult tribute that I have ever had to write, mainly because of the many memories and the deep sense of personal loss. It is also because of the painful realisation of what Nigeria has lost with the passing of Mrs Francesca Yetunde Emanuel.

I write to offer a glimpse into the immeasurable contributions of an uncommon champion of Nigeria, her people, arts and culture. I hope this will provide a window of opportunity for those of us who had the privilege of knowing her, working with her and loving her, to achieve some catharsis and reset, to face the inevitable challenges ahead.

I met Mrs Emanuel in April 1994 shortly after the Musical Society of Nigeria opened her prestigious MUSON Centre, Onikan, Lagos. I had been appointed Head of Operations/Deputy CEO, and she was on the Board of Governors. I had little contact with her at that time beyond seeing her from time to time when she attended meetings.

One evening, I was patrolling the premises, checking out the facilities when I was attracted by a voice emanating from the Agip Recital Hall. So, I went to into the Hall, entering from the door leading to the private boxes and saw her. She was on sage, rehearsing a piece she was going to perform at a concert for the MUSON International Recital Series. I developed goose pimples and was glued to the spot, completely mesmerised by her performance and the quality of her voice. She was a great soprano. I quietly stepped back out so as not to disturb her rehearsal.

Later, I had the opportunity of closer interaction with her while servicing MUSON Centre’s Programming Committee, then chaired by Mr Louis Mbanefo, SAN. He is himself an award-winning pianist at Queens College, Cambridge University. It was indeed an invaluable and mould-breaking opportunity for a young Arts Manager, to work with such accomplished, distinguished and passionate patrons of the arts. As it happened, I stayed at MUSON for about another year before moving on to further my career as an independent practitioner.

It was late 1995 that fate brought me into contact with Mrs Emanuel again, and since that time, 25 years ago, she has remained my most important mentor. I like to think that I was a favourite protégé of hers. Of course, there were countless others that she mentored. She had the knack for getting the best out of the most insecure or nervous performer, whether on stage, in administration or life.

Mama made an indelible impact on my professional career. And I know the same to be true for many others in the creative sector in Nigeria, especially in Lagos, the cultural capital. For me, she was a backbone. She helped to nurture Different Aesthetics Arts and Culture Management into a viable arts organisation with a proud history of practice.

Mrs Emanuel created through her involvement in the arts, emotional geography of ethical and competent people that cares, deeply, about Nigeria and her future. Her circle cut across classes, tribes, age groups, gender and professions. In the process, she created a mini creative economy, raising funds and mobilising resources to administer, produce and promote many landmark projects including The MUSON Festival, The 2nd National Film Festival and the Macmillan Literary events.

She was a member of the Board of Trustees of the National Association of Nigerian Theatre Arts Practitioners. She actively supported organisations such as the Lumina Foundation headed by Dr Promise Ogochukwu, Crown Troupe of Africa led by Segun Adefila, the Bariga Artists Forum, and the Artist’ Village, National Theatre Annex, to mention a few.

Mrs Emanuel championed the cause of the artist and encouraged her circle to do the same. She provided much-needed stimulation, leadership and direction when those with statutory responsibility to do the same merely paid lip service while feathering their nests. She will be sorely missed. I pray that God grants the family and her loved ones, the strength to bear the loss. Sun re o, Iya mi l’Eko.

Hang Abba Kyari on the crucifix or beatify him?

Doba Afolabi, a ‘NaijaAmerican’ Artist with great touch of arts