‘She told me her only source of living was her N5,000 pepper trade’ 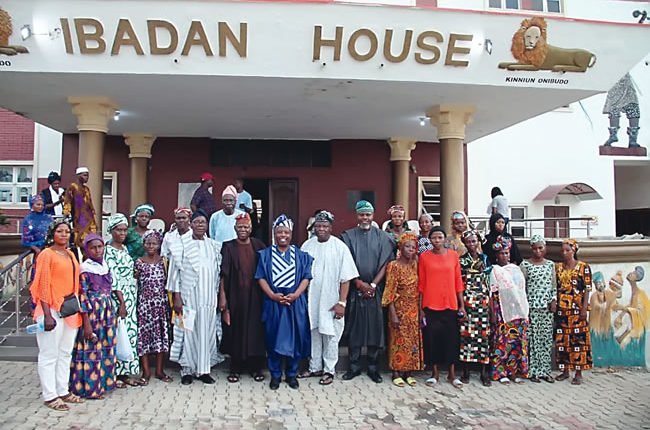 WHEN, sometime in 2018, our union received and accepted a sponsorship request from the Ona Ara Development Forum (ODF) from Ibadan for their interschools debate contests, little did we realise that we were about to start changing lives.”

Mr Shola Bolomope, the president of the Ibadan Descendants Union (IDU) in Dallas-Fort Worth, Texas, United States of America, made this statement during an interaction with Saturday Tribune, in Ibadan, shortly after the body inaugurated the first phase of the Ibadan Family Empowerment (IFE), a project it designed to support small and petty business owners at Ibadan House in Ibadan, the Oyo State capital.

According to Mr Bolomope, the scheme became a full-scale poverty-alleviation strategy to assist struggling families across the 11 local government areas that make up Ibadanland  after the Dallas IDU was impressed with the outcome of a six-month trial run it conducted through one Mrs Morufat Abdul-Jeleel, a retail pepper seller in Amuloko, a community in Ona Ara Local Government Area.

He confirmed that it was the judicious use of the sum of N50,000 given to Mrs Abdul-Jeleel that fired up the  desire and decision of the Dallas IDU members to impact more families by offering the same amount to 22 more individuals. According to him, the beneficiaries comprised two indigenes selected from each of the 11 local government areas of Ibadan.

“We performed an empowerment experiment for six months and the success story is the reason we are here. Our Dallas IDU gave Mrs Abdul-Jeleel the sum of N50,000 to improve her in-home pepper business and she has graduated to a position where she is now buying and selling the commodity in bulk. This motivated our members to raise funds to empower more people like this,” he said.

The Dallas IDU president expressed the commitment of the US-based indigenous group to helping many Ibadan families “one family  at a time” by changing their stories “since we cannot change the whole of Ibadan.” He went on to announce to the gathering that the second phase of the IFE project would involve five beneficiaries from each of the 11 local government areas of Ibadan. He also stated that the union had raised enough funds to further increase the number to 10 from each of the council areas. The second phase, he said, would be executed before the end of the year. 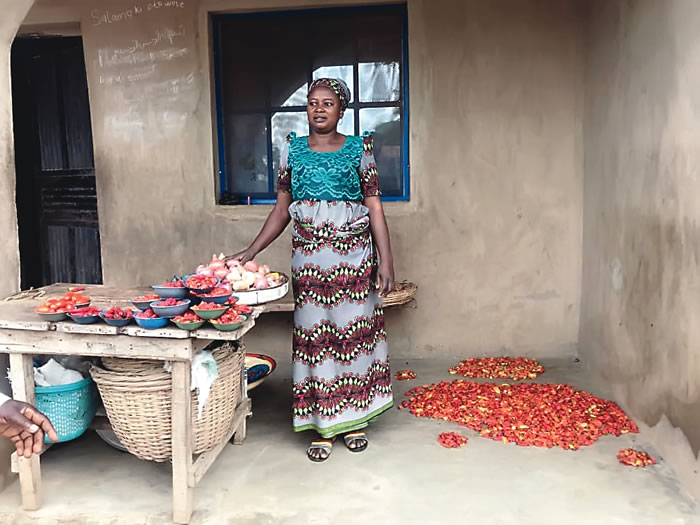 He urged the beneficiaries to make the most of the opportunity so as not to jeopardise the chances of others.

“The money that we are offering you is from the sweat and hard work of Ibadan sons and daughters in Dallas and not from government or politicians. That is why I am begging you to use it only for the intended purposes,” he said.

Speaking at the launching ceremony, the president of the Central Council of Ibadan Indigenes (CCII), Prince Oluyemisi Adeaga, praised the initiative and appealed to other associations under the CCII to emulate the gesture of the Us-based Ibadan indigenes.

Prince Adeaga equally appealed to the beneficiaries not to spend the money lavishly but use it to develop their businesses and improve the lot of their families.

A former president of the CCII and national grand patron of IDU-USA Inc., Chief Bayo Oyero, who inaugurated the project, called on other associations of Ibadan indigenes in the Diaspora to emulate the IDU-USA by giving back to the community.

Mrs Morufat Abdul-Jeleel, the beneficiary of the empowerment trial who was also present at the launching ceremony, expressed gratitude to the association for changing her life and the lives of her children.

Mrs Abdul-Jeleel encouraged the beneficiaries to use the money given to them accountably and resist the temptation to spend it on trivial things.

One of the beneficiaries, Mrs Mary Sani, thanked the IDU for the lifelines handed her and the others. She appealed to other well-to-do Nigerians to follow in these footsteps and help other indigent families and individuals.

Also speaking at the launch, Alhaji Tunde Azeez, a manager from WEMA Bank assured the association that his bank would assist in monitoring the beneficiaries from time to time as part of their partnership with the Dallas IDU in ensuring the success of the IFE project.

The newly installed Jagun Olubadan of Ibadanland, Chief Abiola Iyiola, who is also the national general secretary of IDU-USA; the president of Ona Ara Development Forum, Alhaji Kola Bolomope; the patron of Dallas IDU, Mr Tunji Gafaar, and many other dignitaries attended the launch of the empowerment project.

Recalling what eventually culminated in the birth of the IFE project with Saturday Tribune shortly after the launch, Mr Shola Bolomope said it all began in 2018 with Miss Fadilat Abdul-Jeleel, the lucky daughter of the trial beneficiary whose education is also currently being sponsored at the Ladoke Akintola University of Technology (LAUTECH) by Dallas IDU.

“My union in Dallas had received a sponsorship request from the Ona Ara Development Forum (ODF) headed by my elder brother, Alhaji Kola Bolomope, for the interschools debate and quiz contests being organised for all secondary schools in the Ona Ara Local Government Area. We saw this as another opportunity to give back to our homeland and agreed to all the requests by paying the WAEC and school fees of about 50 students that participated in the contests. Chief Bode Amao, who is the chairman of the Board of Trustees of  ODF, also paid the WAEC fees of 20 other students that participated in the competition.”

According to Bolomope, a few months later, the union in Dallas “received a very sad story about one of the students that we paid their school fees who was dropping out of school because her parent could not afford the N5,000 fees for secondary schools pupils in Oyo State at the time. That student was Fadilat Abdul-Jeleel, an outstanding JSS 3 student from Sawia Community High School in the Olorunsogo area of Ibadan.”

He said: “To many of us in Dallas IDU, it was absolutely unfathomable and incomprehensible that in our hometown, Ibadan, and country, Nigeria, in 2018, a child could be denied education because of a yearly fee of N5,000, which is about $10 that many of us would consider too little to even give as a tip in a restaurant. That is about the cost of a large pizza that would just get discarded because the kids don’t like it anymore; $10 that would not buy a good bottle of a good wine for mere relaxation. We then agreed to take over the sponsorship of her education up to the university level.

“So when I visited Nigeria in May last year, I decided to meet with Fadilat and her family for the very first time. It was during my interaction with Mrs AbdulJeleel, a mother of four who had also tragically lost her husband months earlier that she revealed that her only source of living was pepper selling. According to her, she had been running her pepper business, which she was conducting in front of her house, with a paltry capital of N5,000. Asked how she could be assisted to boost her business, she said if she could lay her hands on the sum of about N35,000 to buy a whole bag of pepper for better profit instead of bowl.

“Wondering how on earth such a paltry sum of money could successfully boost a business, I then decided to give her N50,000 to grow her business. After we got report from Ibadan that the woman’s pepper business had started to thrive from that little assistance, we, members of the IDU Dallas-Fort Worth then resolved to help a lot of other individuals with petty businesses in Ibadan with that kind of fund. And with that resolution, the IFE project was born.

“The goal of the project is to be able to support about 5,000 businesses in Ibadanland within a very short period of time. Beneficiaries are presently required to open a bank account through the Agodi Government Secretariat branch of WEMA Bank through which funds are disbursed and monitored.”

Despite several laws prohibiting sexual harassment in Nigeria, many victims are forced to quit their dream jobs while others suffer depression as a result of unsolicited sexual advances from colleagues. FAITH ADEOYE reports.AFRIMA 2022  AFRIMA 2022

If you want to keep your job and excel in your career, you need to do as I say,” Janet Abegunde’s boss said to her one fateful day. Miss Abegunde, a 24-year-old accountant who had just gotten her first job in one of the new generation banks, said she fell into depression after her boss sexually harassed her.AFRIMA 2022 AFRIMA 2022

I’m not a herbalist, I am a Christian and I go to church —Adewale Alebiosu

My quest for wealth landed me in another trouble after initial arrest, arraignment…