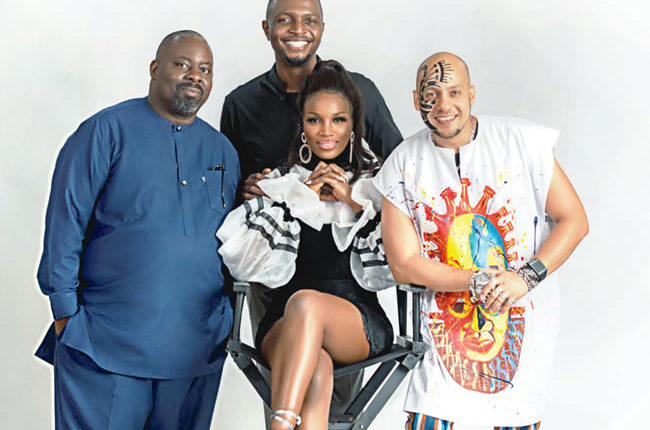 MultiChoice Nigeria has just announced the host and judges for the new season of the Nigerian Idol. The announcement was made on Monday, weeks after the company announced the return of the fan favorite reality show after a five years break.

Proceeding with plans for season 6 of the show, MultiChoice announced popular TV personality IK Osakioduwa as the host of the music reality show for this season. IK is a TV personality with over a decade of experience hosting several high profile events across the continent including the Big Brother Africa show. With his demonstrated savviness and ability to keep an audience engaged, IK is no doubt a host that will do justice to the show.

“I was excited when I was called to host this show because I once auditioned to host the show and I didn’t get it.  I did go on to host something else that was just as grime and just as beautiful produced by Africa Magic or M-net at the time but now is like a chance to go back and I am excited about this. I can guarantee that this will be like nothing the fans have ever seen”, IK said during an interview.

MultiChoice Nigeria also announced that sensational musician, Seyi Shay; famous DJ, Sose and creative industry entrepreneur, Obi Asika will all be judges on the show.  This line-up of judges is a mix of industry experience, an understanding of the business of music as well as a clear understanding of fans engagement.

Speaking on her involvement with the Idols franchise as a judge, Seyi Shay said, “I am really excited about being a judge on this show this year. I am looking for something refreshing, especially after the year we had in 2020, that didn’t allow us to focus on unearthing talents for the industry. With Idol, we have a unique opportunity to not only entertain but also unleash fresh talents and I am proud to be a part of that.

“We are at a point in the Nigerian music industry where we cannot allow the enormous talents that are scattered all over the country go to waste, we need to do a better job of giving these talents a platform to showcase what they can do. I am especially proud to be a part of this project as it affords me the opportunity to help these talents grow. Something that I have been able to do for the best part of my over 20 years career,” Obi Asika said.

DJ Sose, who is also a judge on the show said, “For me, it’s about talent discovery, and I want to see people excel. With this year’s edition, I am confident that we will discover world class talents and help them grow.”

The Idol franchise has over the years produced some of the most prominent musicians in Nigeria such as Timi Dakolo, Mercy Chinwo, and Omawumi, who have gone ahead to make a name for themselves in the global music scene. Sponsored by leading soft drink brand, Bigi, this season is set to unearth the next big thing on the African music scene.