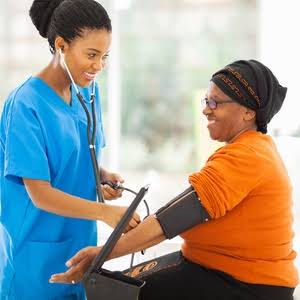 EXPERTS say that no less than 29.1 per cent of women with diabetes in Nigeria contend with such sexual problems as arousal, pain, orgasm and satisfaction even though discussions on sexual dysfunctions in women are seen as a taboo in many communities.

In a new study, researchers had found a higher prevalence of sexual dysfunction in women with type 2 diabetes mellitus and stated that ageing, obesity, duration of diabetes and hypertension were strong predictors of women that may end up with sexual problems arising from complications from diabetes.

The cross-sectional, case-controlled study had enrolled 75 consenting females with type 2 diabetes mellitus from the diabetes clinic of the Federal Medical Center, Umuahia, as well as another 75 persons with no diabetes as a control group between October 2016 and September 2017.

Sexual dysfunction (desire, arousal, lubrication, orgasm, satisfaction and pain) in both groups were diagnosed and characterised in these women that have been married for at least one year and having a stable marital relationship using the female sexual function index (FSFI).

In addition, the proportion of diabetic females who reported problems in the arousal, lubrication, orgasm, and pain domains were higher than the controls. Similarly, the FSFI score was low in women with diabetes when compared with controls.

The researchers found that the domains of arousal, pain, orgasm, and satisfaction were the most affected in subjects with diabetes mellitus even as age, marital status, body mass index, fasting blood sugar, and hypertension were predictive of sexual dysfunction in diabetic women.

They, however, declared the need for more research to look at the influence of diabetes on sexual function in order to explore various treatment strategies for this group of women.