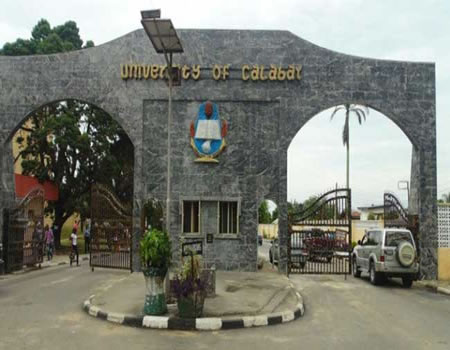 THE University of Calabar (UNICAL), is currently reeling under series of scandals such as sorting, extortion, sexual harassment and examination malpractices by its academic staff, prompting the authorities to launch a probe.

The university authorities said it had identified the culprits, just as it threatened to make them face its disciplinary committee.

In a memo dated August 10, 202, addressed to the university community and endorsed by the Deputy Vice Chancellor, Administration, Professor Michael P. Okon, UNICAL stated that it had identified the departments and teaching personnel involved in the “obnoxious and abhorrable acts.”

The memo entitled: “Obnoxious and Abhorrable Acts of Sorting Extortion and Sexual Harassment”, the university stated that it was aware that some of the lecturers involved in the acts also allowed students to write examinations “at homes, hotels and relaxation places”.

The memo read: “It has come to the knowledge of management that some teaching staff have revived the obnoxious and abhorrable acts of sorting and sex for grade/sexual harassment.

“Some Departments and lecturers have been specifically fingered and investigations have commenced. Management also has information to the effect that lecturers have to be giving students scripts to write exams at homes, hotels and relaxation places”, the memo disclosed.

“All those involved in these despicable activities are hereby warned to desist and repent. In fact, they will soon be invited to interact with the Disciplinary Committee,” the university threatened.

Strike: We will meet in court, resident doctors dare FG