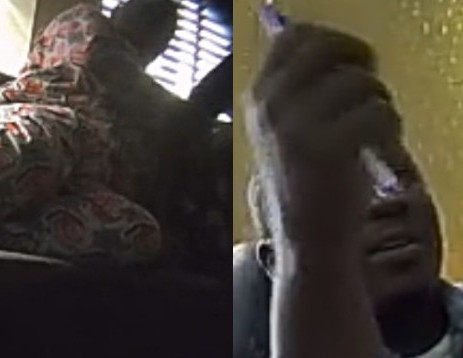 The students of University of Lagos (UNILAG), Akoka, have demanded a full- scale and thorough investigations from the authorities of the institution into the sex allegations levelled by a self-styled female student of the university against a lecturer of foreign language (Frech) studies and former sub-dean of the Faculty of Arts of the university, Dr Boniface Benedict Igbeneghu.

They said the authorities must not in anyway sweep the matter, which is trending on the social media, under the carpet, noting that incidence of this manner is becoming too many in the institution.

It will be recalled that Igbeneghu is from the same faculty of arts where Professor Awonusi was alleged of similar offence last year. The investigation into Awonusi’s actions is still inconclusive more than a year after.

The students gave the warning in their anonymous reactions to the sex allegation published by the BBC News involving one of their lecturers and another lecturer from a university in Ghana.

They said the publication was enough evidence to nail the lecturer on what they called ignoble act.

Our correspondent, however, observed during the visit that the trending video was what many of the students especially females were watching in groups while some, especially in other faculties, denied having knowledge of the report.

The authorities of the universities and the academic staff union(ASUU) of the branch, the Chairman of the Governing Council of the university, Dr Wale Babalakin, and the Foursquare Gospel Church, have on separate capacities reacted to the allegation.

They all condemned the act and promised to ensure that the law takes its full course on the matter.

The ASUU branch chairman of the university, Dr Dele Ashiru, told our correspondent at the secretariat of the union that the incident is very disturbing as he could not understand why any lecturer in UNILAG which prides itself university of first choice and nation’s proud could involve in sex for grades or any other unethical practices with the students or any other person.

According to him, though, the authorities is there to come up with what to do on the allegation, ASUU, however, condemns in strongest term the incident.

“We feel that lecturers remain in loco parentis to students and should, therefore, be able to conduct themselves not only in manner that befits their profession but also that of parents- students relationship.

“So, we demand thorough investigations and no cover-up of the matter and also that a deserved punishment be given to whosoever that is found culpable of the act.”

He however, said it wasn’t the fault of the authorities of the school that the previous sex allegation is still inconclusive but that of the victim who refused to come forward to help the investigative team in their work.

In his own reaction, Dr Babalakin equally told our correspondent that the university would conduct thorough investigation into the matter and bring alleged perpetrator to book if found culpable of the offence.

He however, re-emphasised that UNILAG had zero tolerance on sex and other unethical practices not only for lecturers but for other workers as well as students of the university.

In his own reaction, the National Secretary of Foursquare Gospel Church in Nigeria, Rev Ikechukwu Ugbaja, described the act- though still allegation- as abberation which he said the church authorities sternly frowning at.

According to him, as holiness and Bible-believing church, we do not condone such heinous and unscriptural act among our members let alone ministers.

“We totally dissociate ourselves from purported conduct of Dr Igbeneghu and promise to take appropriate measure as soon as the ongoing investigations is concluded.

When asked when actually Dr igbeneghu appointed as a pastor, he said it was just in 2018 but refused to tell our correspondent the parish he pastored.

He, however, pointed out that the lecturer-cum cleric had been asked to step down from all ministerial duties of the church.

#SexForGrade: UNILAG Parent-forum not happy for exclusion from panel ― Chairman