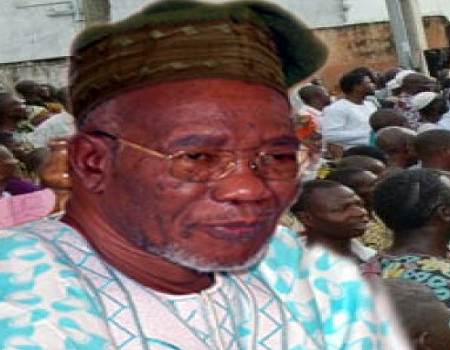 Share
Politicians across the party divides, on Monday, put aside their political differences and party affiliations to celebrate the seventh year remembrance of a former governor of Oyo State, Alhaji Lam Adesina.

At the remembrance prayer and lecture which was held at the Gbadamosi Olowoporoku Adeshina Central Mosque, Felele Layout, Ibadan, politicians, associates and political children of the former governor resolved that the memory and ideology of Lam must be preserved and honoured.

They noted that since the death of the former governor, the state has not been produced another progressive governor to fill the vacuum left by his death.

Some of the dignitaries who joined the family the event include a former deputy governor, Iyiola Oladokun, Chief Micheal Koleosho, Senator Monsurat Sunmonu and former members of the state House of Assembly and Lam’s cabinet members.

Others are Commissioner for Information, Culture and Tourism, Dr Wasiu Olatunbosun and his counterpart at the Ministry of Energy, Mr Seun Ashamu, former deputy speaker, Oyo State House of Assembly, Mr Musah Abdulwasi, ex-lawmaker Segun Olaleye among others.

The highpoint of the event was the presentation of bursary awards of N10,000 to 120 indigenous students through the Omo Olore Educational Support Scheme founded by Honourable Dapo Lam.

Speaking, Chief Koleosho called on the people who share the political beliefs as Lam to come together in the interest of the development of the state.

Senator Sunmonu recounted how she was encouraged by Late Lam to join politics in the interest of development and never sort any material gain from anyone.

Olatunbosun, Abdulwasil and Olaleye also in their remarks noted that the vacuum created by the death has not been filled by anyone else till date, adding that the ideology of late Lam goes beyond political party interests.

Giving a hint as to why the bursary was presented, a son of the former governor who served as a member of the Eight House of Representative, Mr Dapo Lam Adeshina, said his father believed so much in education as a means of liberating ignorance, adding that the beneficiaries would continue to grow year-in-year-out.