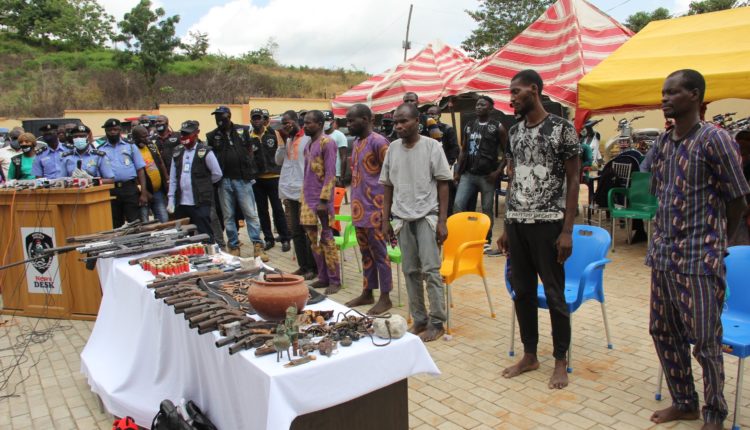 Seven men who were said to have been involved in the attacks on three banks in Ondo and Ekiti states, killing many people including six policemen and carting away millions of naira were on Thursday paraded by the Nigerian Police at the Force Headquarters, Abuja. 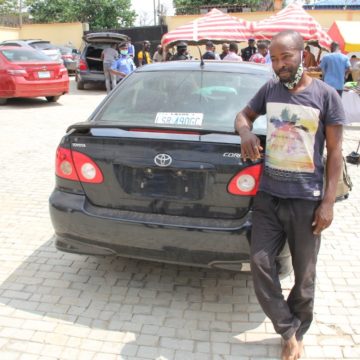 Twenty three other suspects who were said to have been involved in various criminal offences were also paraded along with the suspected bank robbers.

The seven men, whose names were given as Tunbosun Ojo, Ismaila Ojo, Victor Oyeyemi, Dele Ariyo, Shola Oladimeji, Olubodun Folayemi and Adeniyi John, attacked the banks at Ile Oluji and Idanre in Ondo State and and at Oye Ekiti in Ekiti State.

While parading the men at the Force Headquarters in Abuja, the Force Public Relations Officer, Frank Mba, said the men carried out the robbery of a commercial bank in Ile-oluji, Ondo State, on 7th February, 2020 where four policemen were killed.

He added that they were also involved in the robbery of a Microfinance Bank in Idanre, Ondo State in December, 2019 and a commercial bank at Oye Ekiti, Ekiti State, where two policemen lost their lives.

According to the statement by Mba,, “Police operatives attached to the Special Tactical Squad have arrested a seven-man criminal gang that attacked and robbed three comm​ercial banks in the South-West states of Ondo and Ekiti between 2019 and 2020, killed innocent citizens including six policemen and carted away millions of naira.

“Similarly they were also involved in the robbery of a Microfinance Bank in Idanre, Ondo State in December, 2019 and a commercial bank at Oye Ekiti, Ekiti State, where two policemen lost their lives.

“In a similar vein, 23 other suspects were also arrested by the police operatives for their involvement in various crimes including armed robbery, kidnapping, illegal possession of prohibited firearms, car snatching at gun point, among other offences.

“The suspects will be charged to court on conclusion of investigations.”