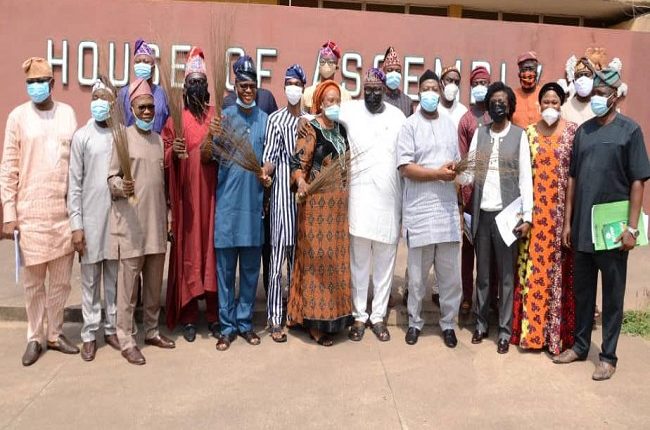 Seven lawmakers elected on the platform of the Allied People’s Movement (APM) into the Ogun State House of Assembly, on Thursday, defected to the All Progressives Congress (APC).

The announcement of their resignation of the membership of APM was announced on the floor of the State House of Assembly, during a plenary session, in different letters read by the Speaker of the House, Hon. Olakunle Oluomo.

The lawmakers said their decision to join APC had the full support of their supporters after wide consultations.

Oluomo welcomed the new entrants to APC and admonished other minority members in the House to join the train in moving the state forward.

The party now has 22 members with PDP 1 and ADC three.

Three hacked to death after cult clash in Warri