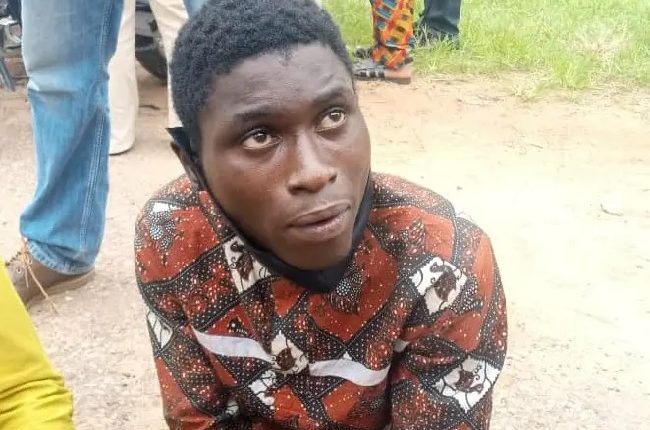 The Alakinyele of Akinyele, Oba James Odeniran, has raised an outcry that youths have continued to desert Akinyele Local Government Area.

According to Odeniran, the youths were deserting for fear that the police and other security agencies will pick them up in connection with killings and their recent protest over the killings in the area.

Speaking during a security town hall meeting with stakeholders in Akinyele Local Government Area of the state, held on Tuesday, Odeniran particularly urged the state government to be fully involved in the security affairs of Akinyele to prevent residents from totally deserting the area.

Though he decried that youths went overboard in attacking the police and destroying police vehicles during last Friday’s protest, Odeniran said the youths’ anger at killings reached its peak on hearing that the suspected serial killer, Sunday Shodipe had escaped from police custody and was behind the gruesome murder of one Mrs Oladejo Funmilayo last Thursday.

Odeniran chided the police for failing to immediately disclose that the serial killer had escaped, noting that vigilante and other residents could have caught Shodipe, who was seen around last week if they were notified that he had escaped.
Odeniran noted that he was informed last week that Shodipe was seen at Elewure area of Akinyele eating suya and drinking tea, boasting that he was back, but it was hard to believe that the suspected killer had escaped from police custody.

“Our people protested because of the pain we feel at the repeated killings. Anyone who saw how the woman was gruesomely murdered last Thursday will feel so embittered.

“But we understand that protests may be hijacked and not go as planned from the outset. We accept that our youths protested, destroyed vehicles, injured some police officers and even collected the gun of an officer.

“However, we are glad that the gun has been recovered and that the policemen that were injured were recovering.

“It is gratifying to hear that the governor is unhappy with the situation in Akinyele and that he will have personally joined in the town hall meeting.

“As of now, I am unable to send Akinyele youths on an errand as they have all deserted the area. There are no youths to beckon on nowadays.

“They are afraid that the police will pick them following last Friday’s protest over killings in the area. We will like the state government to look at this so that Akinyele will not be totally deserted.

“The police should have declared the killer wanted immediately he escaped from custody and residents would have arrested Shodipe.

“The hunters will have caught Shodipe if the public was quickly notified of the escape. The people doubted the escape of Sunday. So, the people protested after seeing that Sunday killed again last Thursday,” Odeniran said.

Making his comments at the town hall meeting, Chairman, Vigilante, Akinyele local government, Mr Abbey Olabanji said the local security personnel needed financial support to be equipped with modern and African science to successfully track down Shodipe and other criminals terrorizing the area.

He harped on the imperativeness of deploying African science, noting that Shodipe suddenly disappeared when some residents chased him last Friday.

“We need to be better equipped to do the task. The government should empower us to be able to arrest him. We cannot go about with stones to arrest thieves, killers.

“We saw the boy last Friday and he suddenly disappeared while we were chasing him. We know what we can do but we need financial support from government to be able to equip ourselves to fish out Sunday and other such criminals,” Olabanji said.

Speaking, Special Adviser to Governor Seyi Makinde on Security, Mr Fatai Owoseni harped on the importance of community to be able to tackle criminalities in Akinyele local government area.

While noting that Governor Seyi Makinde had tasked the Oyo Commissioner of Police, Joe Enwonwu to see to the re-arrest of the escaped serial killer, Owoseni called for cooperation between members of Akinyele communities and security agencies.

He avowed assurance in the police protocol to deal with any police officer that may have aided the escape of Shodipe from police custody.

He, however, pleaded with residents of the area not to take to violent protests, jungle justice to ventilate their anger at happenings in the local government area.

“The governor shares in your pain and has informed the Inspector General of Police and Oyo Commissioner of Police to ensure the suspect is re-arrested. However, he does not want jungle justice.

“The police has a system that deals with erring officers so any complicit officer will be dealt with.

“We all must participate in re-arresting the suspect as no one knows who the next victim is. Any policeman that compromises will face the nemesis now or later in life.

“Let us not deal with the issue with violence. People can hijack protests. Let us not act with so much anger because we might be moved to destroy a lot of things.

“I plead with the policemen in Akinyele to work with the people, take policing to the grassroots. There is a need for a symbiotic relationship between police and the community. The community should cooperate just as landlord association should be active so as to identify strangers, Owoseni said.