Be sensitive to rise in abuse, violence against children, Obayan charges govts 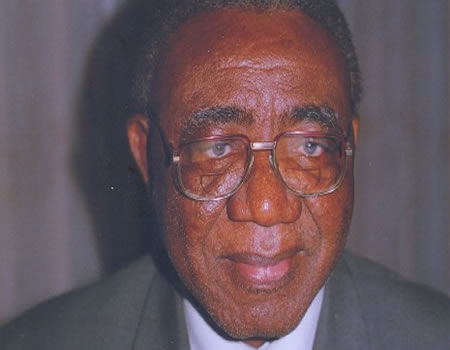 Government at all levels have been called upon to be sensitive towards the rise of abuse and violence against children.

A Professor Emeritus and the developer of Universal Basic Education (UBE), Prof Pai Obanya, who stated this during an advocacy meeting in Ibadan, Oyo State capital, attributed the rise in the child violence to the poor child- sensitive budgeting of the government.

Speaking on the “Advocacy meeting organized by UNICEF on scaling up on mass communication training institutions, mainstreaming child rights report curriculum in Nigeria,” Obanya faulted government for being insensitive towards the implementation of policies on child right, describing the policies as mere cosmetics.

Obanya said: “It doesn’t pay to just say you have a policy on something without specifically putting resources aside for it. It relates to taking into account what the declaration says about right to life, protection, health nutrition and self-actualization.

“Nigeria has a problem of, first of all, not ratifying enough and when it ratifies, it doesn’t really sensitize the populace to know what it is all about and on the part of government, we have not fully implemented the international agreement we entered into on the child’s right.”

He noted that some states government in the country have passed the child right bill into an act but said “a few government in the federation have openly ratified, but on the ground we don’t see this happening because if it was happening, we wouldn’t have 10 million children out of school.

“The situation is one in which there are some gender imbalance in the education system. First, at the level of gender parity: how many boys and how girls?”

He also noted that boys outnumbered girls, “and in terms of logititudinal gender parity, when 100 percent of people start in Primary One, how many people do get to Primary Six? It is the girls that are more likely to drop out.”

He added that there is “curriculum apartheid” saying ” how many girls are doing science? In most cases, it is girls who are not in science, technology, mathematical disciplines. This is brings us to gender equality which has to do with the chances of success in life.”

He stated that a child without access  to equal quality education is not likely to have equal access to quality living in later life, and said Nigeria still has quite a lot to do on this aspect”

The Professor Emeritus, said Nigeria and many other African nations except, South Africa, Mozambique, Botswana, Lesotho and Swaziland placed premium on child’s right, saying “It is also mainly because these countries are nations where you have not only more women than men, but also a considerable number of women in authority. So they do influence what is happening; if Nigeria is to copy the way things could be done in a better way, I think South Africa will be a place to visit,”

Speaking during the meeting, the UNICEF Communication Officer, Mrs Blessing Ejiofor, said that the One Day event in collaboration with the Lagos State Ministry of Information and Strategy, was necessary to get more teachers and media practitioners involved in the protection of the child’s rights.

Ejiofor said that as a matter of profession, the inclusion of the child rights reportage into mass communication training institutions and mainstreaming it in their curriculum will held end abuse and violence against children.