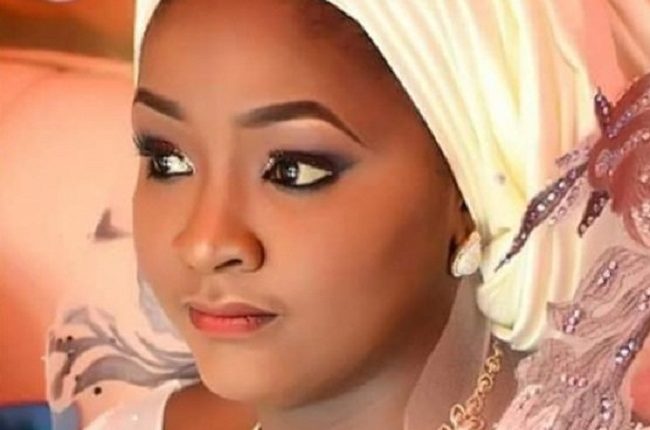 Other dignitaries who attended the funeral prayer of the deceased were Magajin Garin Sokoto and Magajin Rafin Sokoto, Alhaji Hassan Danbaba and Alhaji Rilwanu Bello, respectively.

Others were the Members of the State House of Assembly, led by the House Leader, Alhaji Bello Isa Ambarura, serving, former members of the National Assembly, former Commissioners, former Permanent Secretaries and former Directors General, as well as former Chairmen of local governments.

The funeral prayer was also attended by the State former Head of Service, Alhaji Bature Shinkafi and the state APC Chairman, Alhaji Isa Sadiq Achida, who led other state and local governments’ executives of the party.

Special prayers were also offered for the repose of the soul of the deceased.

The late Sadiya is survived by her parents, her husband, Tambari Yusuf Arkilla, a staff of Nigeria Ports Authority, Lagos, as well as a five-year-old daughter.

She had since been buried according to Islamic rites.

What I Told Trump About Christian Massacre Allegation ― Buhari
President Muhammadu Buhari, on Tuesday, revealed his response to President Donald Trump over the American leader’s allegation that the Nigerian government was slaughtering Christians, telling him that the problem between cattle testers and farmers was a cultural thing rather than ethnicity or religion…Senator Wamakko loses daughter Senator Wamakko loses daughter

Constitution Review: Middle Belt Congress Seeks Additional 19 States, Abolition Of Local Councils
Ahead of the proposed amendment of the 1999 Constitution by the Senate ad-hoc committee led by Senator Ovie Omo Agege, the Middle Belt Congress has submitted a memorandum to the Committee.
Investigation revealed that the MBC is seeking for the creation of an additional 19 states in the country to make the total number of states to 55…Senator Wamakko loses daughter Senator Wamakko loses daughter