Senator Mojifoluwa Akinfenwa a politician of no bitterness 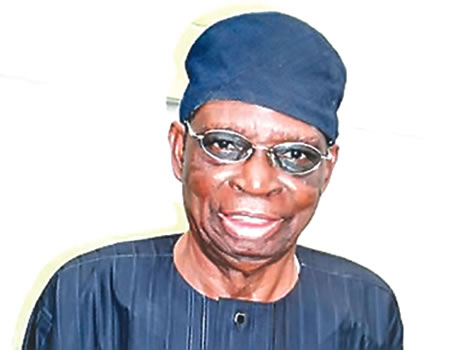 He was an original, systematic thinker, who felt being in different political parties does not mean one cannot be friend to his opponent. I never belonged to his party at any time, but we were good friends throughout his life time.

He was distinguished for his graceful performances in sport organisation. He took a prominent part in promoting sports in Ijesaland. He made significant contributions to the sport activities in the then Oyo State. When I was running Obokun G.C.E in ACCA School in Ilesa I happened to buy a bus for my students putting on it “OBOKUN BULLET.” He was aware that my students’ team was a terror to almost all the schools in Ijesaland.

Senator Akinfenwa quietly got the list of the good players and promised them scholarship if they could cross to his school, but my students refused.

After a long service in the teaching profession as Principal, he turned to political life. When he was Commissioner for Education in the old Oyo State, there were petitions against me, saying “I got fund from the school I was running with which I used to fight the then party in power in the state.” They went further to say that the school approved to run in the evening was being run in the morning.

The Commissioner for Education then Hon. Mojifoluwa Akinfenwa had to come for inspection without informing me. Funnily enough, I did not know when himself and a number of Education Officers were going round the classrooms. However, they discovered that there was no teacher in the classroom, but they saw the students in the classrooms, library and laboratory, working privately in groups and individually.

He later called in my office to say “hello” to me. The following Monday, Akinfenwa directed one of his daughters to join my students. He directed a lot of students to my school.

Following his report to Governor Bola Ige, the governor asked him to invite me for a talk I met the Governor who praised me a lot and encouraged me to join them in their party, but I refused to do so.

Senator Akinfenwa was an open-minded politician. He was a friend of many parts, who played each part with its symphony. When he became a senator, knew I used to come to Abuja, he questioned me why I wasted my fund in lodging in hotel when he was in a house in Abuja. I replied, “I don’t want to disturb you, since your colleagues belonging to the same party might have private talk(s) together with you and you are aware I am in opposition party to yours.”

He coughed and coughed, saying, “Faseru, you are not serious, if you are in a different party, that means as a friend, we cannot be under the same roof together?”

What an end of an era in man’s life! So teach us to number our days so that we may apply our hearts to wisdom.

The song is ended, but the melody lingers on.

Asiwaju Tella and the long walk to honour