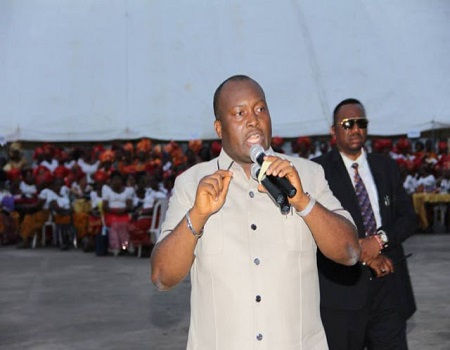 THE senator representing Anambra South senatorial district, Dr Patrick Ifeanyi Ubah, has urged the various communities in the state to sustain the peace currently being enjoyed.

Senator Ubah, who is the vice-chairman of the Senate Committee on Petroleum Upstream, also assured them that he would always support their efforts in promoting peace and national unity.

The chieftain of the Young Progressive Party (YPP) gave the assurance at the weekend when he hosted members of the Old Aguata Union (OAU), Nnewi branch.

The Old Aguata Union is made up of indigenes of Orumba North, Orumba South and Aguata local government areas that were created out of the old Aguata Local Government Area of Anambra State.

Addressing the gathering, Senator Ubah appreciated their support for him during his election and when his victory was being challenged at the tribunal.

He assured them that he would continue to put in his best to promote the interests of Anambra South in the Senate.