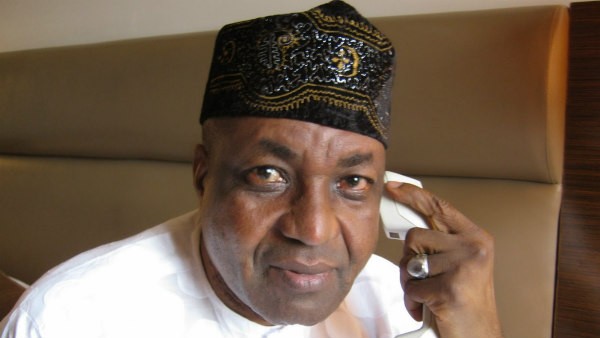 A former Minister of Youths and Sports Development and former Chairman of the National Sports Commission, Senator Bala Ka’oje, is dead. He was aged 60.

Ka’oje died on Tuesday morning of an undisclosed ailment and his remains were interred according to Islamic rites on Tuesday evening in Abuja.

Speaking on the death of the former minister, the current Minister of Sports and Youth Development, Mr Sunday Dare, described his death as a huge loss to the sports industry and the country at large.

The minister said this in a statement by his Special Adviser (Media), Mr John Joshua-Akanji, on Tuesday in Abuja.

“It is shocking to learn about the death of former Minister of Youth and Sports Development, Bala Ka’oje.

“So sad that Nigeria has lost a very illustrious son who served this country meritoriously.

“His death has robbed Nigeria of another bright mind and committed public servant.
This is not just a loss to his family and friends, but the country in general.

“He made his mark while serving as Minister of Youth and Sports,” Dare said.

The minister described Ka’oje as a multi-talented man who served his people and the country with his mind and might.

Also, the he Nigeria Football Federation (NFF) in a statement on Tuesday by its General Secretary, Mohammed Sanusi, expressed shock and sadness at the passing of the former minister.

He described the deceased as “a dignified and unassuming public servant who showed great passion and interest in the development and improvement of Nigeria sports.”