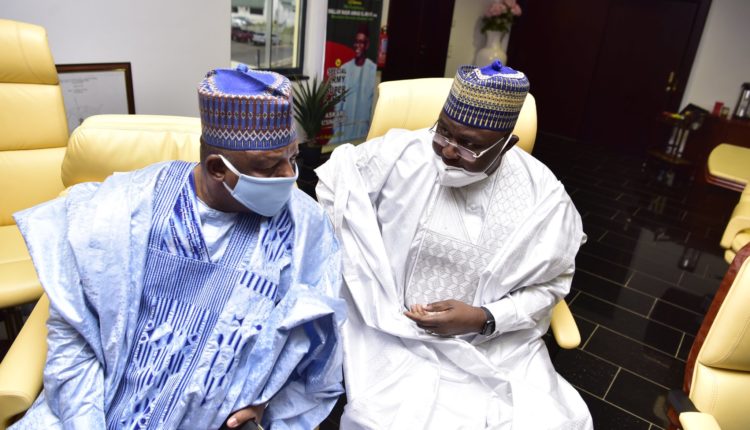 Senate President, Ahmad Lawan; Deputy Speaker of the House of Representatives, Ahmed Idris Wase; Chief of Staff to the President, Professor Ibrahim Gambari, are currently in a meeting with the Northern Governors and traditional rulers from the region.

Also in attendance were Minister of Information, Alhaji Lai Mohammed, as well as the Minister of FCT, Mallam Mohammad Musa Bello.

The Sultan of Sokoto, Alhaji Sa’ad Abubakar, is leading the Northern traditional rulers which include Chairmen of Council of Chiefs of the states in the North.

The governors in attendance are those of Gombe, Nasarawa, Jigawa, Sokoto, Kaduna, Zamfara, Niger as well as the Deputy governors of Katsina, Kogi.

The meeting, which started at 11.55 a.m., is expected to deliberate on the current security issues bedevilling the region, especially the recent #ENDSARS protest which led to the vandalisation of Covid-19 warehouses across some states in the country.

It was gathered that some members of the Senate and House of representatives are also present.

Meanwhile, the inspector general of police is expected to brief the meeting on effortd made by the security agencies in the country to contain the current security challenges.