...vow to resist 'this imposition in broad daylight' 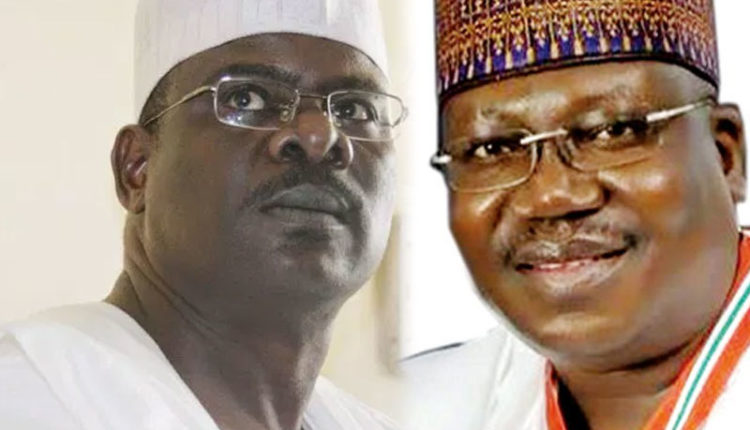 Share
Ahead of the inauguration of the 9th National Assembly, the Arewa Youth Consultative Forum (AYCF) has kicked against the candidature of Ahmed Lawan as the next Senate president, saying
the support Lawan was currently getting from some chieftains of All Progressives Congress (APC) could be linked to the secret pursuit of personal ambitions of individuals within the fold ahead of 2023.
AYCF said this on Monday in a statement made available to newsmen in Lagos by its president, Yerima Shettima, just as it fingered the APC National Leader, Asiwaju Bola Ahmed Tinubu and Malam Nasir el-Rufai, the governor of Kaduna State, as being behind Lawan’s ambition all in a desperate move ahead of 2023.
The group, therefore, enjoined the duo of Tinubu and el-Rufai and others to shove aside any desperate move ahead 2023 and allow a level playing field for all political offices, saying
no one should hide behind any political party to turn Nigerians into “mere manipulable pawn.”
“That will be an undemocratic imposition and totally unacceptable,” the group declared.
AYCF, while recalling how it predicted that Senator Danjuma Goje would be pressurised to step down, expressed happiness that it had been vindicated in all the public declarations it made recently on the contentious seat of the Senate presidency.

“We are happy to inform all Nigerian progressives that we have been vindicated in all the public declarations we made recently on the contentious seat of the Senate presidency.
“It is obvious that the desperation to make the road to Senate presidency smooth for Tinubu’s acolyte (Sen Lawan), Buhari’s foot-soldiers, especially Governor Nasir el-Rufai are coming up with a new narrative to pull blind wool over our eyes.
“The Kaduna governor is trying to sell a dummy to Nigerians that the Attorney General of the Federation (AGF) has done the needful regarding Goje’s case with the EFCC.
“And we ask: Which attorney-general when all ministers have since resigned? What is the meaning of taking a case that was under investigation by an independent body, to an attorney general who is not the judge in the court handling the Senator Goje case?
“These are questions begging for answers and we are tempted to assume that the EFCC is about to be hindered from continuing with the case because Chief Tinubu, who has been pushing Buhari harder, has vested interest to do with his 2023 presidential ambition,” AYCF claimed.
The group, while maintaining that it had been vindicated, emphasized that the best man for the next Senate presidency is Senator Ali Ndume, noting that Ndume had remained uncompromising, unwilling to dance to the tune of the new 2023 gang-up.
According to the group, Ndume’s bold stance in this climate of the political fire has been a very rare one, even as it vowed to democratically resist what it termed “this imposition in broad daylight.”
“We see the desperation in the use on intimidation of senators to fall into the booby trap. Let the world know that we, in the AYCF, are watching very closely and we will democratically resist this imposition in broad daylight.
“It is now abundantly clear that only Senator Ali Ndume is capable of preserving the independence of the Senate under the Next Level mantra,” AYCF insisted, even as he further vowed that it would engage the use of every constitutional means to promote and preserve the integrity and independence of the Senate by ensuring that its leadership represented the dreams and aspirations of all Nigerians.