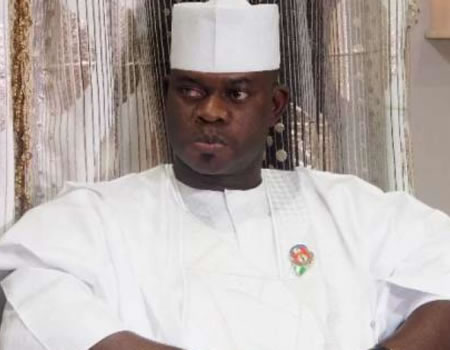 The resolution followed the unanimous adoption of a Point of Order raised by Sen. Mohammed Hassan at plenary by the assembly.

Hassan said there was a need to investigate the circumstances surrounding the alleged double registration by the governor with a view to ensuring that the country’s electoral process was credible.

He said there was a need to investigate the process that allowed the governor access to multiple registrations.

“The governor of Kogi was involved in double voter registration and weeks after INEC confirmed that by sacking three of its staff.

“It was reported that he was issued another Temporary Voter Card (TVC) at his Okene ward.

“We are concerned about this and I think it is very important that the Senate Committee on INEC investigates and gets to the root of the matter.

“It is reported everywhere that he cannot be prosecuted because he has immunity but for the purpose of getting the picture right, I think the Senate Committee on INEC should investigate and get this matter right,’’ he said.

The President of the Senate, Bukola Saraki, said that credible electoral process was crucial in protecting the country’s democracy.

“The issue you are talking about is one that is important because the stability of our democracy depends on the credibility of our electoral process.

“And as such we must ensure that the process is one we must always be proud of, especially now that countries are looking at our electoral process.

“It is something the INEC committee should look into and report back to the Senate,’’ Saraki said.