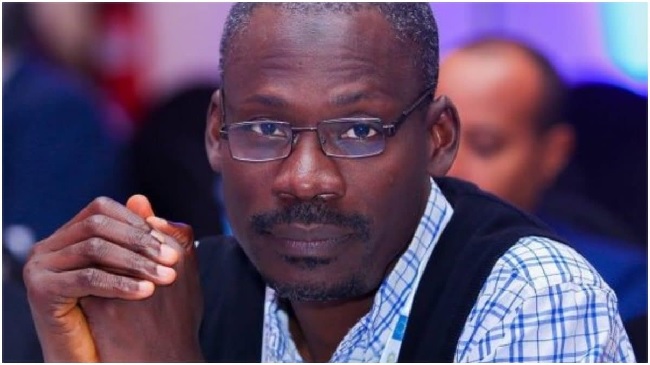 The Senate, on Wednesday, confirmed the appointment of Dr Halilu Ahmad Shaba as the Director-General, National Space Research and Development Agency (NASRDA).

President Muhammadu Buhari had in a letter addressed to Senate President, Ahmad Lawan dated Tuesday, March 2, 2021, transmitted the name of Shaba to the upper legislative chamber for screening and confirmation as DG NASRDA.

Checks revealed that Shaba had been in acting capacity as DG of the agency following the expiration of the tenure of Professor Seidu Mohammed in June 2020.

Presenting her Committee’s report, Senator Ekwunife said the nominee was qualified for the exalted position having shown evidence of more than twenty-one years of post-doctoral research experience in space science – six years above the minimum requirement.

Ekwunife who admitted that there were petitions against the nominee which he claimed were unsubstantiated, she, however, maintained that Shaba was screened in line with the criteria contained in the Act establishing the agency, the Senate Standing Rules 2015 (as amended) and the Principles of the Committee.

She said: “Therefore, the Committee is satisfied with the qualification, performance and suitability of the nominee for the position of Director-General, National Space Research and Development Agency.”

Senator representing Niger North and Deputy Whip, Senator Aliyu Sabi Abdullahi in his contribution said the appointment of Shaba underscored the importance of hard work and place of merit in public service.

He said: “Suffice it to say here that what I’ve seen very peculiar here and, very gladdening, too, is that someone has etched a career in an agency and has got to that peak, whereby merit he is found very capable and has been so recommended and nominated by Mr President for confirmation as a Director-General and Chief Executive Officer of that Agency.

“Mr President, the significance here is we’ve seen situations where the tendency to bring people from outside to head agencies where there are qualified people under has been sometimes worrisome.

“I was in service, and I’m aware this is a major issue in many agencies. So, this is a very clear example, and I think it will encourage those who are in similar bodies to continue to work very hard, knowing fully well that they can be considered on merit for this kind of position.”

Deputy Leader, Senator Ajayi Boroffice, commended Shaba as he said he has the requisite experience and capability to restore credibility, productivity and discipline to the agency.

“I’m a member of this committee that produced this report. But, I have to add that, I was the pioneer Director-General of this agency, where I served for ten years.

“We will all agree that the agency has been struggling to regain its original image in terms of productivity, discipline and credibility.

“I sincerely believe that Dr Shaba is capable of re-engineering the agency and bringing it back to the level of its past glory”, Boroffice said.

The Senate subsequently confirmed Shaba as Director-General of the National Space Research and Development Agency.

APC Assembly candidate, others defect to PDP in Delta

Ayade seeks collaboration with France on agriculture, others