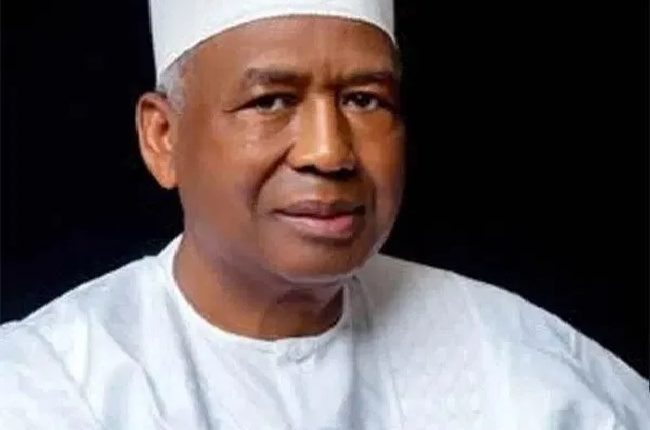 President of the Senate, Ahmad Lawan has described as a painful loss the death of Malam Isma’ila Isa Funtua on July 20.

Lawan in a statement by his Special Adviser on Media, Ola Awoniyi on Tuesday expressed his heartfelt condolences to the family of the late business mogul, community leader, social and political activist and nationalist.

“The news of the death of Malam Isa Funtua left me with profound sadness.

“He was a man who touched many lives and impacted the development of Nigeria with his foresight, industry, enterprise, boundless enthusiasm, magnetism, friendliness and accommodating spirit.

“Malam Isa Funtua made friends across tribe, religion, generation and class in Nigeria, and touched many lives in public service as well as in his private life,” Lawan said.

He described the departed as a man of many parts who brought to bear his great intelligence, energy and integrity on everything thing that he did.

Lawan said the late Malam Isa Funtua was a pioneer and trailblazer who established an authoritative national newspaper and a giant construction company through both of which he has left indelible footprints on the physical and sociology-political landscapes of Nigeria.

“Even in death, Malam Isa Funtua’s presence will continue to be felt for a long time by Nigerians,” Lawan said.

The Senate President commiserated with the Government and People of Katsina State over the loss.

Lawan prayed Allah to comfort the loved ones that Isa Funtua left behind, forgive his sins and accept his soul in Aljannat Firdaus.

War Against Corruption At Crossroads – Presidency
The Presidency, on Sunday, affirmed that the present administration’s war against corruption is at crossroads, saying that Nigerians must join hands to roll it back on course… Read Full Story
Air Force reveals last 6 hours of Arotile’s life •She suffered head injuries, it says
DETAILS of the last six hours of the late first combat helicopter pilot, Tolulope Arotile have been released by the Nigerian Air Force. The details were contained in a preliminary investigation report released by NAF’s Director of Public  Relations and Information, Ibikunle Daramola, on Sunday… Read Full Story

ICRC collaborates with FG on management of COVID-19 related dead