Latest News
By Ifedayo Ogunyemi and Segun Adebayo On Dec 1, 2021 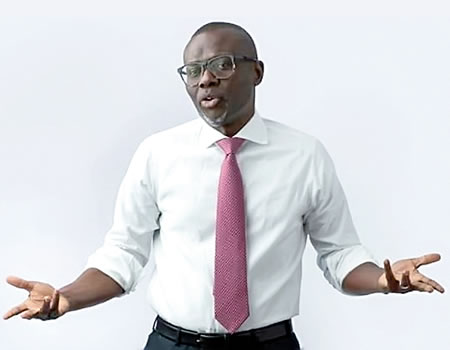 The development is sequel to the offer made by the governor on Tuesday, inviting activists, youths, members of the diplomatic corps, civil society groups, students for the “historic march for our dear Lagos” in December to herald the healing of the land.

But Falana who is popularly known as Falz said the suggestion of the walk was disrespectful to the lives of youths who were killed by security agents during the 2020 #EndSARS protests.

Falana in a series of tweets said Lagos State governor cannot claim to be just when it was yet to prosecute those who killed the protesting youths.

“This suggestion of a ‘walk for peace’ sounds like a joke and a very disrespectful one at that.

“People were murdered in cold blood and absolutely no iota of justice has been served more than a year after. How can there be peace without justice? #EndSARS

“In this same speech, you said ‘to be a smart city, we first must be a just one.’

“Remember the young Nigerians that had their lives snatched away by weapons wielded by our own armed forces? You want to sweep that under the carpet? Is that how to establish a just city?” Falz who tweeted @falzthebahdguy queried.

In the same vein, Adebayo who is popularly known as Mr Macaroni said he declined the invitation because justice is yet to be done regarding those who lost their lives during the 2020 protests.

“Some are still in prison, some have gone into hiding. Their lives no longer theirs all because we decided to walk against police brutality,” he said.

He also recalled how he was arrested, beaten and dehumanised during the protest, wondering if the new invitation for the walk is an invitation for another round of beating.

The tweets read in part: “Mr Governor has said it in his speech. That to be a center of excellence, we have to be a center of truth. Before there can be healing, the government has to be sincere. There must be acceptance of wrongdoings and willingness to correct them.

“Finally, I’m not at war with anyone. Not with the government, police or politicians. All we are asking is that our leaders place value on our lives as citizens and lead us with love, fairness, truth and justice, to enable all Nigerians live a better life in peace and unity.”

Son of late Afrobeat legend, Seun Kuti, also said that the governor cannot equate justice to himself or the purported walk, noting that ensuring justice for victims of police brutality will bring peace to the state.

Kuti while appearing on a political programme of a Lagos-based television station said: “I want peace after justice. I don’t do things for popularity or to gain access. I don’t need to walk beside the governor before there can be peace in Lagos.

“There was peace in Lagos and no one walked for it. It is what disrupted the peace that we need to sort and only justice can do that right now. There is no peace anywhere in the world without justice.

“Let justice work for peace. Don’t appropriate the walk of justice to yourself because you are the governor and you have the support of the Army and Police.”

Meanwhile, Farotimi, a lawyer and political activist said “we are not walking. We are wakaing (sic)” while engaging those who asked him if he will join the walk on Twitter.

While insisting that impunity relating to #EndSARS should end, Awosanya who was one of the early advocates of the Twitter campaign against police brutality in 2017 has remained silent on whether he will join the walk.

In a tweet on Tuesday evening, he said: “Mr Governor @jidesanwoolu has shown leadership with this matured response and we hope the WhitePaper will mirror his sentiment. We all want closure, Justice and healing for our society. The experience of 20th October 2020 must never be repeated. #EndImpunity.”

It will be recalled that Awosanya at some point pulled out of the #EndSARS protest in 2020 while declaring the movement driving the campaign as gunning for insurrection.

Police get threat letter to attack churches in Zamfara