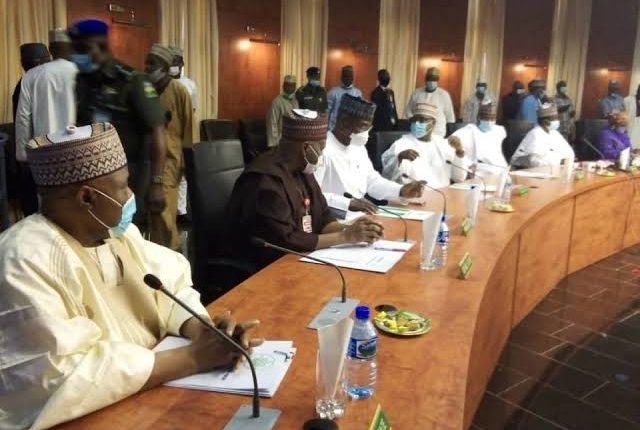 Governors of North Central Nigeria including the representative of the Federal Capital territory will converge on Makurdi, the Benue State capital on Monday, 21st December 2020.

Sources informed our correspondent that top on the agenda of the North Central State Governors is security situation in the region.

The source noted that the governors are also expected to discuss the economic development of the region as the country is faced with another wave of COVID-19.

It was reliably gathered that the north central governors would also review the resolutions arrived at during its meeting held in Lafia, capital city of Nasarawa State earlier this year.

“Their meeting, according to the source, said,  tomorrow meeting will review the strategy and perhaps come out with new methods to tackle security situation in the region.

“The agenda for the meeting are;  security and the economy of north central states, particularly ways governments of the region can raise internally generated revenue for greater development of their respective states,” the source said.

The Chief Press Secretary to the governor, Terver Akase, when contacted confirmed a meeting of North Central governors in Makurdi on Monday but declined to comment further.