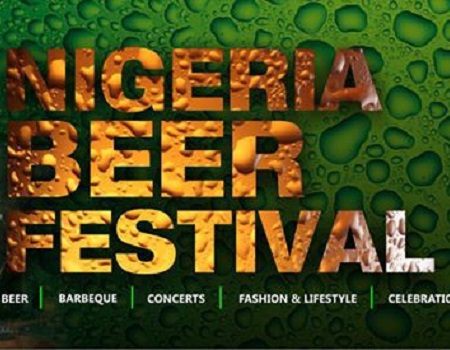 THE second edition of the Nigeria Beer Festival billed to hold from September 25 to October 1, 2018, has been shifted forward by one month and will now begin on October 25 to October 31, 2018.

Organisers of the event, On and One Events (001) Limited, explained that the postponement is to allow the rain to subside and guarantee a more conducive environment for participants during the festival.

Following an assessment by the Nigeria Hydrological Services Agency (NHSA) showing that all indices of flood disaster were manifesting in many states, the Federal Government had warned that flood was imminent and hence the decision to raise the alarm.

Akinola Oluwaleimu, General Manager of 001 noted that the warning was timely considering the volume and days of rainfall especially in Lagos of recent. He added that the shift became expedient in the interest of the exhibitors, participants and the thousands of fun-seeking Lagosians who are looking forward to the entertainment and the tourism potentials of the beer festival.

“All the stakeholders are in agreement on the need for this shift for better safety, better planning and better result. A festival is an outdoor event and we must take note of the weather and the warning from the experts,” Oluwaleimu said.

He retereitated that the Lagos State government, which is passionate about tourism, is still committed to providing massive institutional support, particularly security, emergency response and related logistics for the event which will enrol Nigeria into the league of Beer Festivals around the world and boost the country’s tourism opportunities.

The event, which promises to propagate responsible drinking among drinking-age (which is 18 years and above) consumers at all its touch points, will be held at the Waterfront Bar Beach grounds, Eko Atlantic to give it a carnival atmosphere.