• We do not offer securities of companies ― Chaka 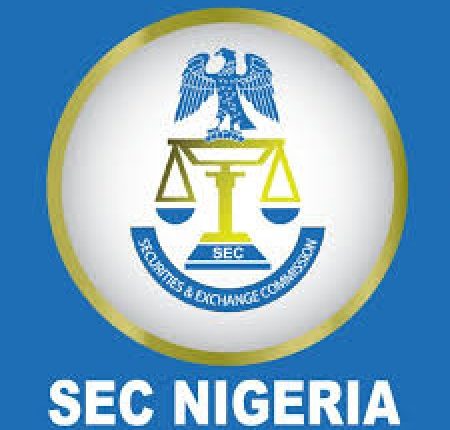 The Securities and Exchange Commission (SEC), in a statement has announced that it will restrain fintech startup, Chaka Technologies Limited, and its promoters from advertising or offering for sale shares, stock or other securities of companies or other entities.

In a statement on Saturday, SEC said its Investments and Securities Tribunal (IST) gave an interim order on Thursday, December 17, 2020.

The interim Orders, which apply to all Chaka platforms, were granted pursuant to an application by the Securities and Exchange Commission.

In the application, the Commission – through its solicitor, Dr Chuka Agbu, SAN – informed the Tribunal that the Defendants were engaged in investment activities, including providing a platform for the purchase of shares in foreign companies such as Google, Amazon and Alibaba.

The Commission also stated that the said activities were carried out by the Defendants outside the regulatory purview of the Commission and without requisite registration, as stipulated by the Investment and Securities Act 2007.
SEC said the Interim order is to ensure Chaka’s operations are regulated by law to protect investors interest.

“As disclosed in the processes filed by the Commission, the objective of the proceedings is to ensure that all investment activities and market players are duly regulated by the Commission, in line with the requirements of the law. The Commission is concerned that without proper regulation, the genuine aspirations of market innovators and investors could be subverted through the activities of unscrupulous actors, who would try to exploit the growing popularity of Fintech investment options, to the detriment of the investing public. Further proceedings before the Tribunal have been adjourned to January 15, 2021.”

However, in a statement signed by the Co-founder & CEO, Chaka Technologies, Tosin Osibodu, the company said it does not advertise, solicit, or offer securities of companies as alleged while noting that all investments are placed by a duly licensed entity and remained safe through Citi Investments, using the Chaka platform, and would continue to be custodied by an SEC-regulated broker.

ALSO READ: Amotekun operatives must not be hasty in carrying firearms, says Ehindero

The fintech company explained that since the inception of its business in 2019, it had been transparent about its regulatory status, leveraging strategic partnerships with registered brokers in the U.S and in Nigeria, specifically Citi Investment Capital Ltd, which is regulated by the SEC, while noting that its commitment to investor education, trust, and transparency remains a top priority.

The company said it still awaits a formal order from the regulatory body as it only learned about SEC’s position on the same day the statement was published on their website.

Meanwhile, the company stated that its legal and operations teams are working to accelerate a resolution following the statement by SEC.

5 steps: A Guide to Turn Start-up Into Success Story