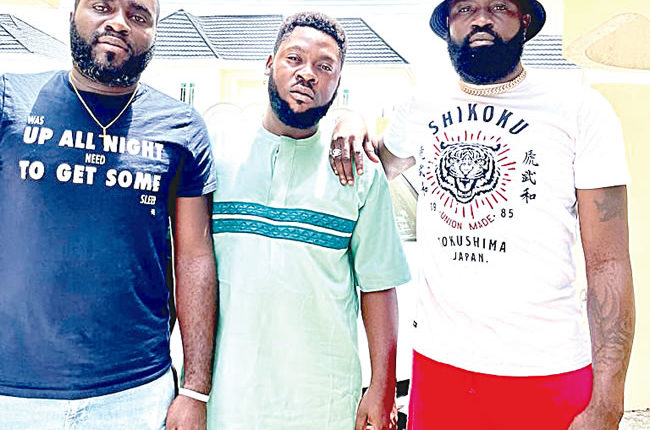 From the popular Mile 2 area in Lagos State, Nigeria, these two brothers, Oluyole Oluwaseun and Tumi Oluyole, fondly called Sean Dampte and Don Crucifixto respectively, have held on to their dreams in life to be successful entrepreneurs and notable forces to reckon with in the entertainment scene.

Both moved abroad many years ago in pursuit of their goals, and have continued to prove to the world, to a very large extent, their level of achievements in their different hustles.

For the UK-based Sean Dampte, an Afro Pop singer and songwriter, he has many hit songs and beautiful visuals to his credit, while Don Crucifixto, also known as Tumcruz, has vowed to continue to showcase his talents to the world via his record label platform known as Don Crucifixto Entertainment.

Currently, the brothers are on the verge of delighting their fans all over the places with a new joint project, entitled “Essence”, an Extended Play consisting of five tracks.

Speaking about the idea of the EP, its title and other interesting components that would make up the anticipated embodiment of classic music, their spokesperson, Alashi Eniola Kunle, also known as Chazy said: “They are brothers and have always loved to push each other. Aside that, they felt it was necessary at this stage to introduce the brand Don Crucifixto alongside its major brands. The songs were also jointly written and from the same view! People call them twins because they have the same mindset.

“The EP title ‘Essence’ strives to bring people closer to who they are as individuals and also as a family. It is to encourage everyone not to give up on their pursuit of happiness. The EP itself draws from different genres from Afrobeat to AfroTrap.

Speaking on those who worked with them on the project, he said: “The EP was produced by world renowned Nigerian-born international producer JayOcean, a long time production partner of Sean Dampte and the Savage Music Brand. Meanwhile the EP is a closed project that has no featuring. It is always better to tell your story yourself.”

Describing the creative process of the project, the brothers said: “Dampte’s elder brother, Tumcruz as he is fondly called and Dampte himself were on the phone reminiscing on how far they have come from the days of Mile 2 to where they are now. The journey is a process and continuing to trust the process and encourage others then became the focal point.

“So, thinking on how to give back to people, they felt it was essential to first and foremost tell people their story and what makes them tick will be essential. So reaching out to JayOcean we had an idea of the sounds we want and the message we wanted to craft. It was a daily conversation as you can appreciate; the pandemic still ongoing made it impossible for everyone to be together in one place.”

Asked if the EP would target a specific age or group, they responded: “The EP would speak more to audiences from 13 years as we feel the message should be better understood at that level. Although we can not rule out everyone under 14 falling in love with the track titled Alhaji on the EP, but we may need to wait and see.”

However, the fans, according to Chazy, would have a lot to take away from the project.

“We expect everyone to appreciate that everything may not be easy but the focus should remain the same. The drive and passion to succeed must always be greater than the fear of failure,” he said.