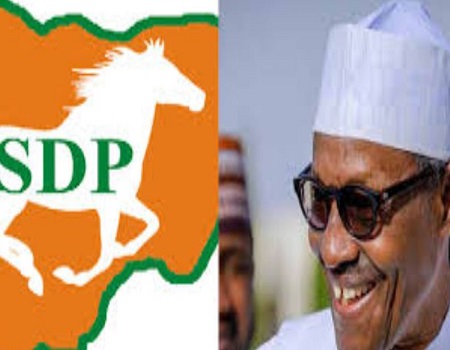 One of Nigeria’s opposition parties, Social Democratic Party (SDP) has taken a swipe on President Muhammadu Buhari and the National Assembly for allocating a whooping sum of N37 billion to renovate the National Assembly Complex at the detriment of more other important sectors of the country that need prompt attention.

National Secretary of the SDP, Alhaji Shehu Musa Gabam who spoke in interaction with journalists in Bauchi over the weekend described the move as unacceptable to the masses who are yearning for attention and sense of belonging by the government.

Musa Gabam, however, urged President Muhammdu Buhari to as a matter of necessity stopped the proposed renovation of the NASS complex with such a whopping amount in the interest of the masses whom he said are facing extreme poverty.

He said that “For the federal government to allocate N37 billion just for the renovation of the National Assembly is a demonstration of injustice to Nigerians and a misplaced priority.”

He further opined that the monies earmarked for the so-called renovation should better be used to buy weapons for the security agencies most especially, the Nigerian Army that has been battling the dreaded Boko Haram insurgents and many other security challenges in the country.

“The N37 billion should better be used to buy arms and ammunition for our security agencies and it could also be used to build roads, hospitals, etc,” he advised.

He then queried that, “Today in Nigeria, if N2,000 drug for malaria is prescribed for a patient, they hardly afford the price, and in the process, the patient may even die for just N2,000 because of poverty. Is it in this kind of condition that such an amount would be used to renovate the National Assembly?”

It will be recalled that the NASS last week passed the 2020 appropriation bill into law and the President has since accented it with Nigerians raising eyebrows that sectors like education, health and others got fewer allocations while the renovation of the Assembly complex will gulp a whooping sum of N37b aside other allocations to the Assembly.