Mr Osas Justy Erhabor, a former national vice president of the Nigerian Bar Association, speaks with MOSES ALAO on the just-concluded screening of ministerial nominees and other issues. 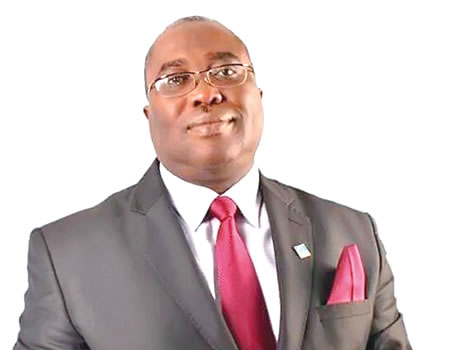 WHAT is your take on the just concluded screening of ministerial nominees by the Senate, which most Nigerians have criticised as a charade going by the abuse of the ‘take a bow’ tradition in respect of former National Assembly members?

The screening was Nigerian standard, a mockery of what screening ought to be. It was a party affair and a compliant Senate. We would be naive to expect anything different.

There have been arguments that the fact the nominations did not come with portfolios meant that the nominees could not be asked appropriate questions. Do you subscribe to this view?

That is the second drawback. The fact that portfolios were not assigned to the nominees is a drawback, making the process at the Senate a somewhat blind screening. How do you screen a man for competence without knowing his intended assignment? If we are as serious as our problems deserve, the prospective ministers and their respective ministries ought to be known a few weeks after the results of the presidential election.

In serious countries, even the opposition parties would have a shadow government with known intended ministers.

But do you think the nominees are the right people the country needs to move to the next level, going by the recycling of former ministers and former governors, some of who did not have specific expertise apart from just having held political positions?

I was not personally disappointed with the ministerial list, because I was not expecting anything different. The bulk of them are known politicians who have been part of the problems before now. They will be more interested in the politics of 2023 succession than actual governance. There may still be hope if the president can constitute a knowledge-based economic and security teams. We desperately need those teams now.

The Obasanjo-Atiku economic team was, of course, better than this, even though their politics was worse. You cannot, for example, compare [former President Goodluck] Jonathan’s agric minister with the Buhari last minister in that ministry.

One of the nominees, Mr Festus Keyamo, during his screening, talked about unbundling the Supreme Court by creating zonal supreme courts, but some lawyers have begun to react to this, noting that that may not be the solution to the problem and that in most climes, there is only one Supreme Court. What is your take on this?

On the Keyamo’s suggested solutions to the delays, congestions and protracted trials in the Supreme Court, it is really shameful that we have failed to decisively confront and solve these problems over the years. He must be commended for his bold approach. I doubt, however, whether the idea of having six zonal Supreme Courts will not create legal confusion and conflicting decisions from the apex court. Besides, it will require cumbersome constitutional amendments. I think the starting point is to maximise the current constitutional provisions by appointing all the Justices of the Supreme Court allowed by law. We can then have more panels of justices at every point. Then, we must limit the number of cases that get to the Supreme Court. Why should the apex court, for example, be adjudicating over a village farmland or minor chieftaincy in Osun or Anambra State?

Insecurity in Sokoto is offshoot of Zamfara, Katsina banditry —House of Reps member