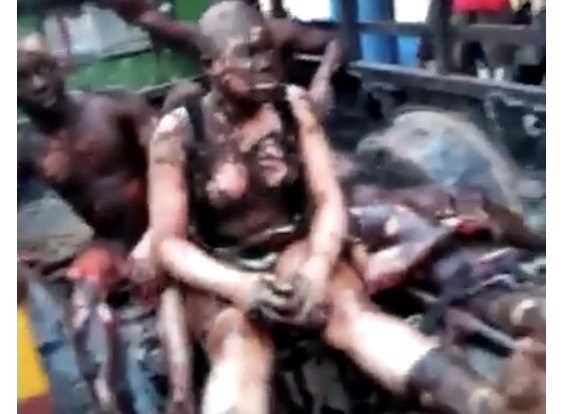 A late Friday night gas explosion at a gas plant in Agbor, Delta State has reportedly left an unspecified number of persons dead and about six persons with varying degrees of burns.

The explosion, it was gathered, erupted from Osadebe Gas Plant along the Benin-Asaba expressway, close to Eye Clinic Agbor, in the state.

A source which described the loss as of great magnitude added that several houses close to the gas plant were reduced to ashes.

A footage of the scene of the incident twitted by one @basseymoh_ indicated a huge inferno bellowing from the gas plant.

“Osadebe Gas Plant near Untouchable, Lagos/Asaba Expressway Agbor is on fire. Several persons reportedly burnt with several houses on fire. The gas plant is close to Stevenson Hotel,” he noted.

ALSO READ: Attacks on Fulani in the South West, the country may be in flames, ACF warns

The twitter user, which did not state the cause of the explosion, also alleged that no fewer than 30 persons were feared dead and about 20 houses razed.

Police Public Relations Officer (PPRO), Delta State Police Command, Onome Onovwakpoyeya, when contacted said the police were on their way to the scene of explosion, promising to get back.

Attacks on Fulani in South West: The country may be in flames, ACF warns