Agriculture
By Collins Chidera On Jan 9, 2018 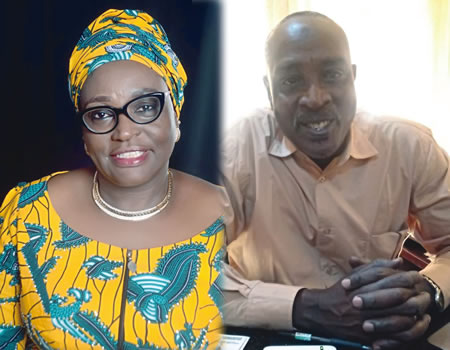 Scientists in Nigeria have said that plans to release BT cotton, Pod Borer Resistant (PBR) Cowpea, Genetically Modified Cassava and other crops have been given green light, as Confined Field Trial for these crops have been conducted successfully.

The scientists also said that the formal release of these crops to farmers will commence after approvals from the National Biosafety Management Agency and the Varietal Release Committee were given.

During an interactive chat with the Country Coordinator of Open Forum on Agriculture Biotechnology (OFAB), Dr Rose Gidado, she said the Minister of Agriculture and Rural Development, Chief Audu Ogbeh, during a visit to the trial site of BT cotton in Abuja, pledged support for the crop in order to be used to revive the textile industry.

During the visit, Chief Ogbeh said “I am happy with what I have seen today, stakeholders can talk about Bt-Cotton in the country now. You can yell loud about Bt-Cotton now.  Farmers keep talking about good seeds, they mostly lament that when cotton starts growing, it then literally vanishes.

“We need to cut down importation and increase export, our country is coming out of recession but there are serious challenges coming up. Our economy is growing at the rate of 3.2 per cent the economy needs to perform at 6.7 per cent, otherwise we cannot say there is growth.  In the next 3-4years, our population will be 200 million and 450million by 2050, this is scary, so what we are doing now is little compared to what we need to do”.

Gidado, however said “We had support on BT cotton deployment and domestication in the country. The support came from the Minister of Agriculture and Rural Development, Chief Audu Ogbeh when he visited the BT Cotton evaluation trial we are carrying out here in Abuja.

Furthermore, she said some farmers have abandoned cotton cultivation because the crop’s susceptibility to the ball worm and other insects. Cotton is susceptible to many insect attack, but the ball worm is the most ravaging and you have to do about 10 sprays of chemicals for you to have something meaningful, it really discouraged the farmers and the breeders.

“But with this technology, the farmers can now go back to cotton cultivation and the textile industries can be revamped and resuscitate, at least that will create jobs, wealth and the economy will be revived”.

It will be recalled that in the early 60s to mid 70s, the textile industry was the second largest employer of labour in Nigeria but because of these problems, everything went down and textile materials are very expensive now because Nigeria imports textile products.

“So, I think by the end of February, they should have enough data to submit to the Varietal Release Committee and also to submit to National Biosafety Management Agency (NBMA) and that will determine the next step to take.

“The trials were not only conducted in the research institutes but also on the farmers field and that is one of the requirements of the Varietal Release Committee that farmers will try the crops on their farms and be satisfied and at the end certify that it is working well.

“The trial was conducted in 10 states, and the number of chemical sprays has been reduced to just two which is basically aimed at controlling non-target insects which are insects outside the family of Ball worm”, Dr Gidado added.

The first according to him is the Pod Borer Resistant Cowpea, and the second one is the Nitrogen-Use Efficient, Water-Use Efficient and Salt Tolerant Rice (NEWEST) rice project.

“Because we want to do a rice variety which can use very efficiently nitrogen of the soil under rainfall condition not under irrigation because most of the rice in Nigeria is produced under rainfall, you know when it rains in Nigeria, most of the time it rains a lot, so in this tropical environment, what happens is that all the nutrients are mixed, the plants have very few nitrogen no matter how farmers apply it.

“So we want a variety we can use that small remaining quantity nitrogen, very efficient, efficiency here means for every quantity nitrogen taken up by the plant, it produces more rice than the local variety. So this project is going well in Badegi at the cereal research centre.

“For PBR Cowpea, we have conducted the last experimental trials, so we want this cowpea to be out this year, to be tested by farmers on large scale, we were able to get a handful of farmers in a confined environment to test the cowpea and they are through with it. We are almost done with the essential trials, it is highly advanced, we will go on large scale production this year.

“We have to develop a dossier to show that the PBR Cowpea is safe for human consumption only after approval by the National Biosafety Management Agency, then we go on large under moderate drought” Dr Abdourhamane added.

For Water Efficient Maize for Africa ( WEMA) which has been proven to withstand the attacks from ArmyWorm, Dr Abdourhamane said “we want Nigeria to be part of WEMA project, we have some maize varieties that can withstand the attack of Armyworm. We really want Nigeria to be part of it, it is a very big project for us, we are waiting for the Ministry of Agriculture and Rural Development and the Agriculture Research Council of Nigeria just to give us green light.

“And WEMA will also have support from the African Development Bank to get more countries involved especially Nigeria, if you don’t solve Nigeria’s food problem, forget about the rest of West Africa because it is 80 per cent of West Africa”.

According to the developer of the WEMA, project, Dr Sylvester Oikeh, “the WEMA product (varieties) should be able to give us a yield advantage of between 20-35 per cent over the yield of the commercialised varieties that were in the market in 2008 when the project started.

“Under moderate drought, the WEMA product (varieties) should be able to give us a yield advantage of between 20-35 per cent over the yield of the commercialised varieties that were in the market in 2008 when the project started.

“For the transgenic which is the GM product, it requires some regulations, it requires approval before it can get to the farmers, but the conventional is in 5 WEMA Countries which include Kenya, Uganda, Tanzania, Mozambique and South Africa, they have approved more than 90 of the conventional, some of them are already in the hands of the farmers particularly in Kenya and the farmers are benefiting enormously from the product.

On Cassava, Dr Gidado said “we are expecting commencement of trial for VIRCA (Virus Resistant Cassava) Plus Cassava project which is for disease resistance and its nutritionally enhanced with iron and zinc, the project is already ongoing in Uganda and Kenya and Nigeria is going to be the third country. We are expecting he commencement of the trial by June”

VIRCA Plus is developing cassava that carries resistance to two viral plant diseases at once: Cassava Brown Streak Disease (CBSD), which destroys the edible roots even when rest of the plant looks healthy, and Cassava Mosaic Disease (CMD), which can stunt or kill plants outright. These two diseases are often found together in the same field and can devastate entire crops. Both diseases are spread by white-flies (which cannot be controlled with pesticides) and by infected cuttings that are unknowingly shared among farmers.

CMD has been damaging farmers’ fields across Africa for decades.

VIRCA Plus is also developing cassava that has elevated levels of both iron and zinc for improved nutrition, as well as resistance to cassava disease. The BioCassava Plus project (2005-2016) succeeded in developing and testing cassava plants that accumulated greater than 10 times more iron and zinc than comparable varieties, using the tools of modern biotechnology.

Field trials have shown that cassava roots could possibly provide 40-70% of the Estimated Average Requirement of these minerals for vulnerable women and children after processing into common African foodstuffs, such as gari and fufu.

The primary source of dietary iron and zinc for rural and urban resource poor is obtained through consumption of plant foods, especially legumes and leafy vegetables and whole grain cereals.

However, access to the required quantity and quality of these foods of often seasonal and not assured. Cassava roots are an excellent low cost source of starch year round, but they contain a fraction of the iron and zinc required in a healthy diet.  Nutritionally enhanced VIRCA Plus cassava varieties could help reduce micronutrient malnutrition.

In Nigeria alone, 75 per cent of preschool children and 67 per cent of pregnant women are anemic (WHO 2008) and across sub-Saharan Africa an estimated 24 per cent of the population are at risk from zinc deficiency due to inadequate dietary intake (Prasad, 2012).

It is important that the Nigerian government rise up to the challenge of making Nigeria food sufficient through the adoption of biotechnology as a modern tool to increase crop yield and ease the stress of farming.