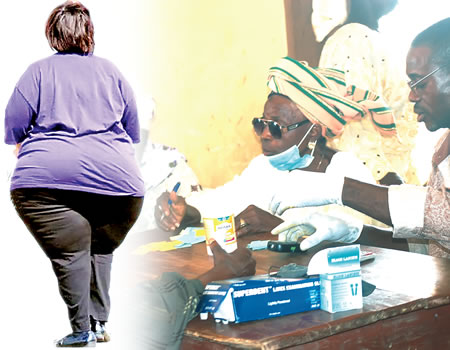 A large percentage of people suffering from diabetes that use herbal remedies to control their blood sugar also take it along with standard hypertension medicines. Now, researchers in a study warn that combining herbal remedies for diabetes that contain Enantia chlorantha bark extract with lisinopril is dangerous to health.

In a new study, researchers said long term combined use of lisinopril (an oral long-acting angiotensin-converting enzyme inhibitor), a standard drug for the treatment of hypertension and E. chlorantha could damage the liver in a diabetic. They found that a prolong use of these is toxic to the liver.

To test its possible toxic effect, the researchers administered ethanolic stem bark extract of Enantia chlorantha and lisinopril to rats with type 2 diabetes. The rats were randomly assigned into six groups of seven rats each.

One group was kept as the diabetic model while separate treatments were administered to the other six groups. Seven non-diabetic rats were kept as the control group and administered normal salt solution. They eventually tested their blood samples as well as isolated liver cells of treated rats to compare them with those from both the normal and the model groups.

Data obtained from the study showed that lisinopril, when taken with E. chlorantha attenuated the development of kidney impairment caused by the diabetic condition.

They reported that the intake of E. chlorantha can improve the functions of the heart in diabetic rats and this effect is even more pronounced when taken alongside lisinopril. This thus implies that a synergistic effect may occur from the interaction of both agents.

The use of more than one drug (polypharmacy) is a common practice in the treatment of long-lasting diseases as diabetes mellitus and hypertension. In such a situation, one drug may interact with another drug (drug-drug interactions) or with herb (herb-drug interaction), which may be beneficial or harmful.

Mixing hypertension medicine and herbal products is made even riskier by the lack of scientific evidence and regulation for herbal products and other dietary supplements. Although the potency of some herbal products can rival that of some prescription medicines, they are not subject to the same checks that prescription drugs are. Consequently, there is a need to monitor drug therapy in polypharmacy in order to gain a better curative effect with a lower rate of risk.

Enantia chlorantha is commonly known as African yellow wood. Among the Yorubas in Nigeria, it is known as Awopa, Osu pupa or dokita igbo. In the traditional medicine, this plant has been used for a long time in many parts of the African continent to treat various ailments of the human body, including diabetes.

In addition, the study said that the stem bark extract of Enantia chlorantha protects against diabetes-induced kidney damage, but it’s long term combined use with lisinopril may potentiate toxicity to the liver.

Moreover, the result of the blood tests shows that although the diabetic condition may be associated with a reduction in haemoglobin and erythrocytes level, taking a combination of lisinopril and E.chlorantha restores these parameters similar to what may be achieved when the extract is administered singly.

This study concluded: “E chlorantha is not toxic at acute dose but combined administration of E chlorantha extract and lisinopril at sub-acute dose in diabetes may aggravate liver dysfunction associated with diabetes.”

Moreover, other herbs and foods that are best avoided when taking diuretic medications like lisinopril include dandelion, juniper, horsetail, and fruits rich in potassium such as bananas, avocados, oranges and orange juice, potatoes, spinach and tomatoes and tomato sauce. Herbs like dandelion and horsetail may increase the effect of these drugs and lead to possible cardiovascular side effects.

Too much potassium can interfere with this electrical signalling in the myocardium, causing arrhythmia and heart palpitations. So, people taking ACE inhibitors like lisinopril should avoid eating large amounts of foods high in potassium, such as bananas, oranges and orange juice, potatoes, spinach as well as tomatoes and tomato sauce.

Making sense of the insanity of lootings