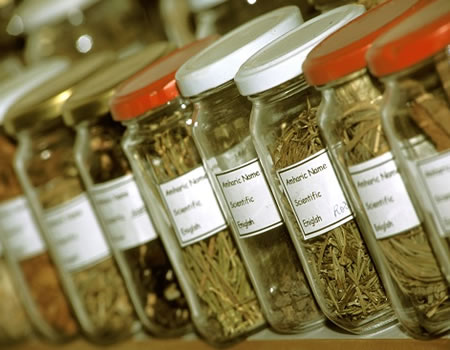 Infertility is more common than imagined. Men are estimated to cause or contribute to infertility problems in about 40 per cent of cases, with reduced sperm production and problems that keep healthy sperm from reaching the egg among the most common causes.

The use of certain medications has been found to alter sperm production, function, and delivery. These are pharmaceutical drugs often used in the treatment of infections, depression, arthritis, hypertension, and cancer.

Certain treatments are used for males with infertility issues. However, scientists increasingly investigate the use of all-natural remedies to help a male body become more fertile.

In naturally boosting fertility in men, a medicinal herb called Hunteria umbellata may be helpful to increase the total sperm count and percentage of live sperm.

Since thousands of years ago, medicinal herbs have been reported to address symptoms and ailments. Archaeological evidence indicates that even in prehistoric times, humans used herbs to restore health. Today, the scientific community is increasingly investigating the therapeutic medicinal agents that can be found in herbs. Herbs that are obtained in a supplement form are even widely resorted to nowadays in the treatment of various diseases.

Hunteria umbellate is one of these herbs well-known for its rejuvenating and restorative benefits. It is known as “Demouain” (in French) and “Abeere” (in Yoruba dialect, southwest Nigeria). In African, Hunteria umbellate has been used in folkloric medicine to treat human diseases such as blood deficiencies, infections, swellings, diabetes mellitus, and obesity.

In the southwest region of Nigeria, water extract of its dried seed is reputably used in the local management of diabetes mellitus and obesity. Its water seed extract is also said to effectively control blood glucose and glycosylated haemoglobin concentration in drug-induced high blood sugar levels in rats.

More so, a recent survey conducted among selected Ijebu herbal practitioners in Ogun State revealed that Hunteria umbellate also has a wide application in the indigenous management of infertility, although before now, there are no scientific reports to either validate or refute this folkloric claim.

Now, a new study has shown the use of this natural remedy can increase sperm count and motility. Researchers, in an animal study, found that its use at 100 to 400 mg/kg bodyweight for 60 days significantly improved sperm function. It had a reverse effect on the amount of dead and abnormal sperms.

What makes it all the more beneficial is that its use led to a significant increase in the levels of testosterone, the male sex hormone and reproductive health. Scientists further suggest it worked in enhancing blood antioxidant levels.

Moringa leaves and seeds have been proven to help combat oxidative damage that can interfere with sperm production or damage sperm DNA. Studies in rabbits and rats have shown that leaf powder from the plant significantly improved semen volume, as well as sperm count and motility.

In 2016, a study in Molecular Medicine Reports indicated grapefruit seed extract protective against low sperm count arising from exposure to chemicals or heavy metals such as cadmium as well as boost production of testosterone.

Likewise, a study published in the Journal of Research in Medical Sciences in 2013, 25 infertile men between the ages of 27 and 40 that took sesame powder (0.5 mg) for three months experienced a significant improvement in their sperm count.

The study further revealed that two of these men successfully impregnated their partners without the help of IVF or any other fertility treatment, after consuming sesame for three months.

Researchers have found that combining extracts of bitter leaf and scent leaf/sweet basil combats the adverse effects of diabetes on male fertility. In 2013, researchers reported that bitter leaf improved sperm quality in rats treated with bitter leaf extract for the duration of 30 days in the American Journal of Biochemistry and Molecular Biology.

Does an active s3x life end at menopause?