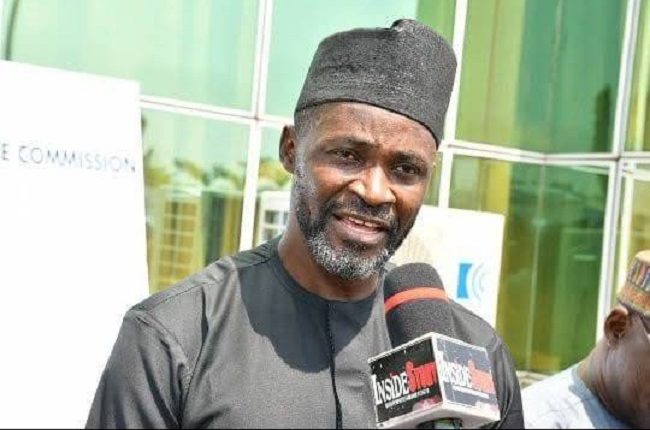 THE Kogi State Commissioner for Education, Science and Technology, Hon. Wemi Jones has expressed his satisfaction over the level of preparedness by tertiary institutions towards the reopening of schools in the state.

The Commissioner made the statement while speaking with newsmen after he visited some tertiary institutions in the Eastern Senatorial district of the state to assess their level of preparedness for the resumption of schools.

Recalled that Kogi State Government had on Tuesday, September 2, 2020, announced the reopening of schools at all levels on September 14, 2020, including Primary, Secondary and Tertiary institutions in the state.

Jones stressed that with the level of preparation he had seen in these schools, there would be no need for anybody to panic.

He added that the institutions’ heads had confirmed to him that even before the announcement of the resumption date, they were more than prepared, and focused on guaranteeing the safety of the students.

The commissioner, however, charged the institutions to ensure that cultism and other social misbehaviours on their campuses were checkmated in line with the governor’s directives.

He stressed that the government had put in place a security model using the latest high technology equipment to guarantee safety and security of the institution’s communities.

The commissioner explained that the government was collaborating with the Security Trust Fund to combat security challenges in higher institutions where hi-tech security equipment would be installed on various campuses.

The Commissioner assured students, parents and all the stakeholders of the preservation of their health and safety of lives and property.

He further called on all heads of schools in the state to ensure that they remained committed to upholding the laid down Covid-19 protocols by the Nigerian Centre for Disease Control ( NCDC) while ensuring the safety of the students.

He also assured them that the government frowns at the insufficiency of hostels on the campuses and had worked out a model at no cost to the institutions, urging them to key into the scheme to help stem the tide of off-campus residence by the students.

The commissioner commended Gov. Yahaya Bello, for standing against merchandising, commercialisation, and promotion of COVID- 19, which had made Kogi the only state in the country without the presence of the pandemic.

He urged the institutions to adjust their academic calendar to address the current reality to cover the five months lost to the COVID-19.

Earlier, in their separate responses, all the heads of institutions visited, assured the commissioner that they were fully prepared and eager to receive the students back on their various campuses and also ensure their safety.

They further confirmed to the commissioner that even before the announcement of the resumption date, they were more than prepared, and focused on guaranteeing the safety of the students.

The Vice-Chancellor, Kogi State University (KSU) Anyigba, Professor Marietu O. Tenuche, and her Principal Officers, assured the commissioner of their readiness to open their door to the students for academic exercises bearing in mind the Covid -19 protocols.

The VC assured him of the adjustment of the academic calendar that would cover the lost ground without affecting the education quality while commending the government for demarketing the pandemic in the state.

On his part, the Provost of College of Education Ankpa, Dr Mohammad Badaru Salihu, commended the ministry and assured of the readiness of the school to reopen for academic activities.

He identified land encroachment occasioned by lack of perimeter fencing as a serious threat to the institution, insisting that cultism and it’s activities were alien to the school.

Similarly, the Provost of the College of Health Sciences and Technology Idah, Comrade Nuhu Solomon Anyegwu, noted that as a public health expert who is also involved in the sensitisation of the people across the country, he had put in place the required NCDC protocols through the arrangement of the department by department, provided water, detergents and sanitizers, placed at strategic places.

He solicited for support for fund to sustain the fumigation, disinfecting and decontaminating the premises.

He called on the government to migrate the salaries of staff to the tertiary institutions’ salaries structure to enhance productivity, lamenting that the staff had been on the secondary school salaries structure, which was capable of causing industrial unrest.

The Commissioner was accompanied by the Ministry’s Permanent Secretary, Pastor Emmanuel Idenyi; the Special Adviser to the governor on Education Dr Gabriel Ottah and other principal officers of the Ministry.

Meanwhile, the Commissioner recently had a meeting with the education stakeholders, where the newly modified Academic Callender for both primary and secondary schools were unanimously approved by all the relevant stakeholders.