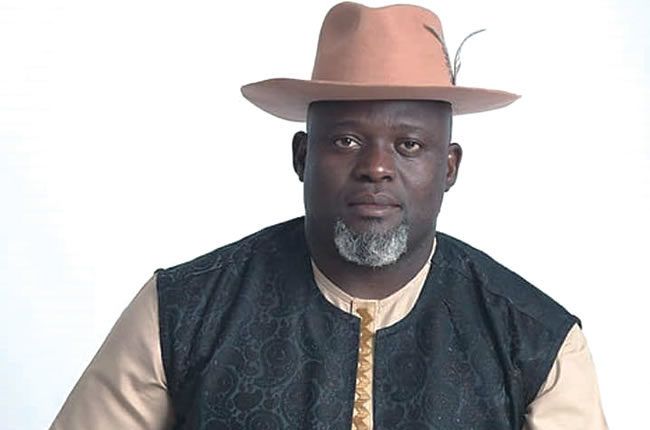 Prince David Omaghomi is the Executive Director of Eco Restoration Foundation (ERF) and a foremost marine environmentalist. In this interview, the Group MD of Revelation Properties speaks on how attitudinal change and technology are the hope of the environment today.

How can it be overcome?

We can only overcome being the biggest threat by helping nature and changing our attitude. Attitudinal changes is the only way to overcome the threat to the environment. When individuals have a change in attitude, they become policy makers then they become better leaders who enact and implement policies that save the environment. In the reverse case, when people become public officeholders then they lack the conviction on the importance of the environment and they act the script of greedy industrialists that make us believe that climate change is a hoax causing a disparity between nations who sign the treaty on climate change mitigation. The way to overcome this is to imbibe attitudinal change get more people to believe in climate change.

What inspired you to become an environmentalist?

I have always had a love for the biological sciences from childhood. I started dissecting animals at age seven. I wanted to be a medical doctor. I went into the University of Benin. I was in medical school for four years. I entered my clinical stage and for some reason, I had to leave medical school and completed my first degree in microbiology which transferred my love from biological sciences to nature. I realized however that the passion I had for biological sciences for humans, for the love of people’s wellbeing had been transferred to protecting the environment. Humans fall sick, go for diagnosis and take medication to get well. However, when a tree is cut down by someone ignorant, the tree is helpless. Hence, nature is literarily helpless and some people need to help nature. So I find myself being viewed as an environmental doctor, that is why I am a practical-oriented environmentalist and not a theoretical and classroom environmentalist.

How can technology help save the situation?

Technology has created the fourth revolution after the industrial revolution. It has powered the destruction of the environment from the perspective of industrialisation. Now technology is further taking news at a faster rate all over the world. Technology is going to be the best medium to counter the destruction of the natural environment and the promotion of healthier attitude by people through digital platforms, social media, news in general, news activities geared towards protecting the environment can be aided by technology to save the situation through information dissemination. Besides, technology from the perspective of better production practices can save situations where organisations that pollute the environment adopt a cleaner method of production with reduced raw materials; when organisations that produce extractive industry utilise better technology in their production chain, thereby reducing overall power and raw material use. On a third perspective, technology can also help the situation by innovating more ways by which former waste product can be recycled or upcycled to remain in use and reduce. Furthermore, technology with cleaner product will reduce the ozone depletion which in turn will reduce the global warming that in turns drive climate change. Apart from human attitude, technology is a way to go to save the environment. However, it is tied to human attitude because we still have some people who are stuck in the past when there are new technologies. The attitude thing is also tied to technology and these are what should be considered to change the game: human attitude, and technology.

What can a commoner do to help the environment?

First of all, in respect to the environment, there is no commoner! Everybody is a member of the environmental community because the environment is a continuum. Everyone regardless of status and gender all depends on the environment, there is no commoner but I would rather look at it from the perspective of literate and non-literate. You may have literate people behaving like illiterate going to the grocery store buying 20 items and going away with 20 single-use plastic bags, while you may have a non-commoner like a woman selling corn using newspapers to wrap her corn. She is recycling and reusing, whereas the educated professor is throwing away the papers instead of giving it to a woman selling corn. This is just an analogy to tell you there is no commoner in the environment. So I would rephrase the question of what can everyone do and more of everyone using common sense, everyone can have common sense, protect the environment reduce your carbon footprint, and your carbon footprint is the impact that you have on the environment and your activities. We want everyone to have common sense on how you reduce your waste, avoiding single-use plastics, having reusable bags, planting trees in your premises, making your kids learn about the environment early in life, making them nurse a garden, taking them to nature parks. Some kids have never been to a nature park, making them grow up to be a concrete adults with nowhere in their head is nature accommodated.

Why would you ask the youth to join the environmental sector?

It is in the hands of the young people to save the environment. The chiefs of the old docs are rigid. The youth population is higher than the old population so I will rather address it from the perspective of the young people not just student because the word student is relative. After all, a professor of law is still a student and a Ph.D. student likewise. Youth form the bulk of the population in any space globally. Youths are regenerative and are those who have more to lose. This is more reason youth must join the environmental space. Youth are more passionate. “Teach the child the way he should go and when he is old he will not depart from it.”

What future do you see for environmentalists?

What are some of the environmental projects you have taken up?

Over the years I have taken-up lot of projects starting from the Niger Delta environmental restoration projects with other civil society groups in Nigeria’s highly polluted Niger Delta region, I have also participated in the fight against desertification programme by Newton Jibunoh, as well as several programmes organised by the Nigerian Conservation Foundation(NCF). Furthermore as a trustee of Eco-Restoration Foundation, I have been instrumental to the creation of several expressions that have in no little way help onboard more young people to take up the challenge to help nature through their day to day activities, attitudes, and lifestyle changes.

I have also participated in several oil spill clean-ups particularly during my time as the government and community affair manager for sterling oil group where I led the first to river-sea crude oil evacuation project in Nigeria. I got firsthand experience from my service year then and it helped shape my resolve to help local communities become sustainable. In one instance specifically, I was on the team that was investigating the Bonga oil spill, which was one of the largest oil spills in Nigeria at the time and the outcome been undesirable coupled with some negligent activities of oil operators made me tender my resignation from the oil spill industry at that time on the more unethical ground.

Do you think the government is doing enough to give importance to deal with these issues?

The honest answer is no and that is because our major problem in Nigeria is not the absence of laws but the implementation of laws, there are laws for almost everything but the implementation is very poor, first of all the law enforcement agent are unaware that some of these things are outlawed for example poaching and indiscriminate killing of sea turtles is a crime against the oceans, but when we try to release sea turtles we literarily have to bribe the policemen to enforce the law, another example is oil spills, the national oil spill detection and response agency (NOSDRA) is a government organ set up specifically to tackle oil spill in oil-producing areas but they are largely handicapped on a poor budget or sometimes relying on the operator to finance or transport them to the site for JIV, joint investigation visits so in that case it is like having an armed robber finish an operation calling the police to drive them to the site to investigate the crime he committed, he would have taken the time to clean up all his evidence before inviting the police. Sadly, enough I have always said that government is the highest polluter in this country, it there goes to say if any of the oil companies are spilling oil, the majority shareholder is the federal government of Nigeria, Gas flaring is another ridiculous example where the cost of flaring gas is cheaper than the cost of putting it to use for LPG, CNG’s or even cooking gases, so the company prefers to flare the gas than utilize the gas, the government is complicit in every way we look at it. Shipwrecks abound on the Nigerian coast, I have many times been quoted out of context when I say Nigeria is the shipwreck graveyard of the world and that is because we have most of our shorelines littered with thousands of shipwreck, we have so many organizations who have in their edicts the issue of shipwreck removal and budget, yet the shipwreck is not being removed at the end of the year, the budget is passed on to the next minister.

In one statement, what message do you have to the coming generation?

Save the Earth or lose your future, so together we can save the earth.