Save lives of gunshot patients before contacting police, Delta CP pleads with hospitals 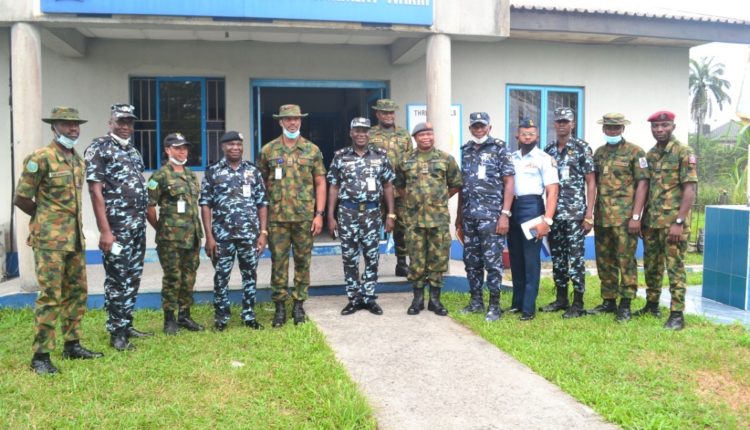 The Commissioner of Police, Delta State, CP Ari Muhammed Ali, has pleaded with medical practitioners and hospitals in the state to prioritise saving the lives of gunshot patients before contacting the police.

This is just as he emphasized the need for a healthy working relationship between the police and sister agencies in order to improve security in the state.

He made the pleas during his courtesy visits to the leaderships of the Federal Medical Centre (FMC), Asaba and other security agencies across the state between March 15 and March 19, 2021.

Some of the security agencies visited included the office of the Director State Security Service, Delta State, the FRSC Delta sector, the Nigeria Navy Ship, Naval Base, Warri and the Nigeria Airforce Delta State, among others.

The CP expressed his desire for a peaceful coexistence between the police and members of other sister agencies, reiterating that only a close partnership and cooperation would help curb the insecurity in the state.

According to the acting Police Public Relations Officer (PPRO) of the command, DSP Bright Edafe, the CP pleaded with the Medical Director, FMC, Asaba, Dr Victor Osiatuma, “that any patient with gunshot injuries should be treated even without police report, as it is important to save life first, that after saving life, then the police can be informed for further action, but save life first.”

Meanwhile, the Delta Police Command, at the weekend, organized a send-off party for the two immediate past Commissioners of Police in the state, AIG Hafiz Inuwa, who is now the current AIG Zone 13 Dunokofia-Ukpo, Anambra State, and CP Adeleke Bode Adeyinka, now CP, Kebbi State in recognition of their outstanding leadership and invaluable contributions while serving in the state.

The event was graced by representatives of the state government, Hon Peter Emaziye and the Chief Judge, Peter Mrakpor as well as traditional and community leaders among others.