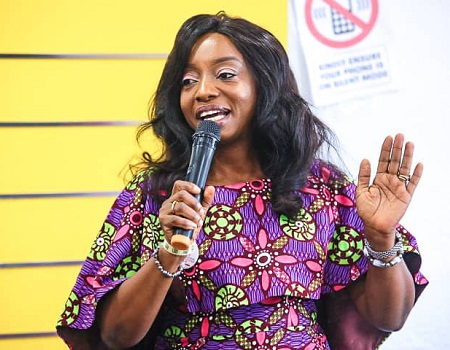 The wife of Lagos State governor, Mrs Ibijoke Sanwo-Olu, has said the provision of quality and functional primary healthcare delivery system is the surest way to tackle most of the health challenges facing Nigerians.

She said this on Wednesday at the 16th Horatio Oritsejolomi Thomas Memorial lecture and 57th Founder Day Anniversary of the College of Medicine University of Lagos, Akoka, where she was a guest of honour.

Mrs Sanwo-Olu, an alumnus of the college, was represented at the event, which has a 93-year-old Chief Obafemi Olapade as chairman, by the former medical director of General Hospital, Ifako- Ijaiye, Lagos, Dr Ibironke Sodeinde.

According to her, the quality primary healthcare system is critical towards the attainment of universal health coverage for Nigerians because it is closest to them.

“So, a situation where we have many primary health centres all over places across the country that are just mere structure and not functional is unacceptable.

Noting that these are the ways to go, Ibijoke pointed out that the task to achieve these is a collective one and should therefore not be left in the hand of government alone.

In his own lecture, the guest speaker and founder of The Eye Foundation Hospital Group, Dr Adekunle Hassan, who spoke on “Health challenges in Nigeria: Building on the legacies of our past leaders” said the incursion of the military into political governance in 1966 and the Petroleum Act of 1969 which created national cake syndrome badly affected what he called a well established and robust national strategies and action plan on healthcare delivery system existing during the first republic in the country.

He said gradually the country began to lose leaders with vision, honesty and appetite for risks and succession planning.

The guest lecturer, however, said even at that, what the country needs to restore the past glory in the sector is to, among others have visionary leaders, embrace paradigm shift in people’s mindsets, embark on innovation technology and collaborative activities and also shift from old to the new model of healthcare system across levels.

In his welcome address, the provost of the college, Professor Afolabi Lesi, explained that the college which he said had produced so many high profile healthcare professionals for the global market, would continue in that direction.