• Gov discloses rescue of man planning to jump into lagoon 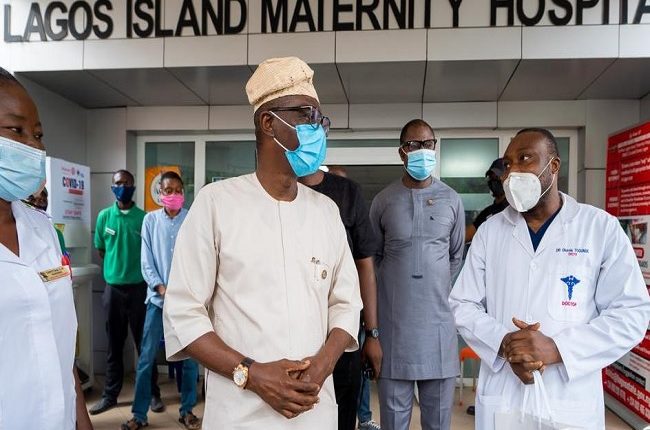 Lagos State governor, Mr Babajide Sanwo-Olu, and his wife, Dr Ibijoke, on Friday, visited the Lagos Island Maternity Hospital, Broad Street and some other hospitals in different parts of the state, to celebrate Eid-el-Kabir with in-patients and health practitioners, chat and cheer them up, encourage them, and in particular, pray for the recovery of the patients. 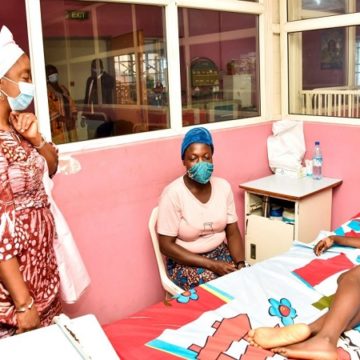 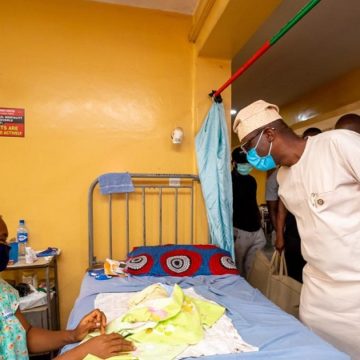 This was just as the governor disclosed that the state government, on the same day, rescued a man who was planning to jump into the lagoon all because he had a debt of N500,000, disclosing that the government had since cleared the debt for him. 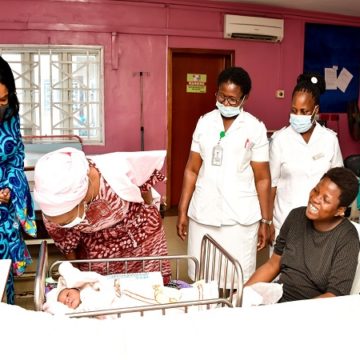 Speaking to journalists, Governor Sanwo-Olu said his unscheduled visit to Lagos Island Maternity was to share Eid-el-Kabir moments with those in the hospital at a time when every other person was in joyous mood at home, noting that Eid-el-Kabir is about season of love, of remembering one another, among others.

“There are people on two sides, the medical officers on the frontline that are meant to be at work but more importantly are patients who for one reason or the other, cannot be with their loved ones,” he said.

“Coming here, we would also see things around ourselves. It is an unscheduled visit. So, we didn’t prompt anything. I saw them in their natural habit. You can see so many doctors and nurses are on duty and patients are also happy.

“We have also seen several patients; mothers that gave birth overnight to fresh newborn babies. So, it is just a season to come and thank God for them and their lives and for their families who are not here. For me, that is the most important thing.

“We all have to stay calm. It is a period we all need to understand that we need to stay calm and know that government cares. We might not be ‘A Star’ but we have a good conscience. We have a good heart to do something good to almost everybody. I just want my citizens to see that if we have more resources, we will do a lot for them. This is just simple way of saying thank you to everyone,” he said.

Speaking on his response to a recent viral video of a boy begging his mother to calm down while punishing him for an offense he committed, Governor Sanwo-Olu said he believes strongly in paying attention and creating time to little things because there might be somebody somewhere who needs help.

“You look at big things but you need to certainly create time for little things as well. That is the difference. You know, you are going to build a bridge and it is nice but you have somebody who is just somewhere who needs a help.

“Just this morning (Friday), we rescued somebody who was planning to jump at the Third Mainland Bridge all because he said he has a debt of N500,000. We had to rescue him and we paid the debt. Those little details are what make the difference.

“I don’t have two heads, I don’t have 15 fingers. We are still same human beings. So, we need to show that human part of us while we are not losing sight of the big picture.

“The big picture is that we want to build roads, bridges and new schools. But we also need to pay attention to little one like the young boy on that video. By the way, I have spoken to him and his mother. They are doing great and I will see him one of these days very soon,” Governor Sanwo-Olu stated.