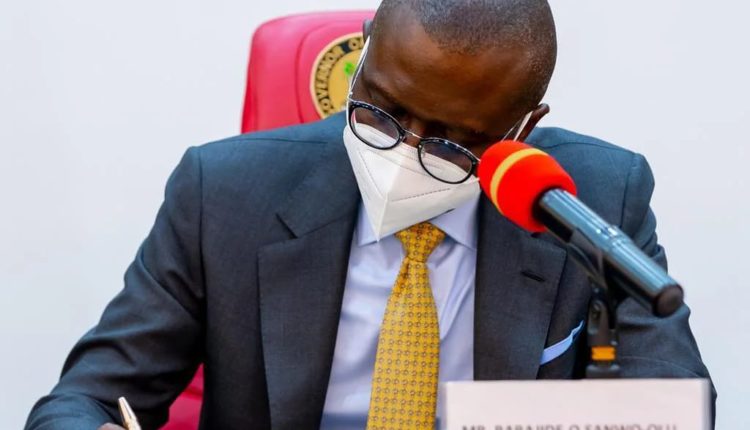 Lagos State governor, Mr Babajide Sanwo-Olu, on Monday, assented into law the bill prohibiting Open Cattle Grazing and Trespass of Cattle on Land, 11 days after the legislation was unanimously passed by the State House of Assembly and transmitted to the Executive arm for authorisation.

Following the signing, it is now criminal in Lagos for cattle rearers to occupy unapproved public areas and private land with their livestock for grazing, just as it is against the new law for any herder to move cattle around public places.

Sanwo-Olu gave his assent to the two bills during the State’s Executive Council meeting in the State House, Alausa, Ikeja.

The signing of the Anti-Open Grazing Law by Governor Sanwo-Olu followed the decision of the Southern Governors’ Forum (SGF) last August, setting the September deadline to pass the law across member states to address crises being witnessed in some states, resulting from alleged open grazing.

Although the farmer-herder crisis is not pronounced in Lagos, the Anti-Open Grazing Law is expected to prevent the spillover of the menace into the state.

Sanwo-Olu, immediately after asserting the bill, directed the security agencies in the state to swing immediately into action and enforce provisions of the law.

“By the powers vested in me as the Governor of Lagos State, I am signing the bill on Open Cattle Grazing and Trespass of Cattle on Land into law to prohibit issues associated with open grazing of livestock,” Sanwo-Olu declared.

Speaking after signing the bill transforming the Lagos State Domestic and Sexual Violence Response Team (DSVRT) into a full-blown agency, Governor Sanwo-Olu said raising awareness about domestic and sexual violence was a positive way to end the cycle of violence.

This was just as reiterated by the state government’s zero-tolerance to all forms of sexual and gender-based violence, vowing that Lagos would not rest on its oars until the menace was reduced to the barest minimum in Lagos.

“Raising awareness about domestic and sexual violence is an important piece of working to end the cycle of violence.

“It is important to reiterate the State Government’s zero-tolerance to all forms of sexual and gender-based violence. We will not rest on our oars until the menace is reduced to the barest minimum in Lagos,” he said.

The signing of legislation coincided with the commemorative month dedicated to raising awareness on gender-based violence in the state as Governor Sanwo-Olu and members of the State’s cabinet wore attire with purple shades to support the campaign against sexual violence.

The DSVRT legislation provides for the establishment of the Sexual Offenders’ Register that would help the state to efficiently tackle violations in the communities.

The governor appointed Mrs Titilola Vivour-Adeniyi as the Executive Secretary of the new agency.

Vivour-Adeniyi was the coordinator of the response team before the legislation was signed into law.

On Monday, August 9, 2021, the World Health Organisation (WHO) confirmed the first case of Marburg virus in West Africa in Guinea. This development has sent shivers down the spines.