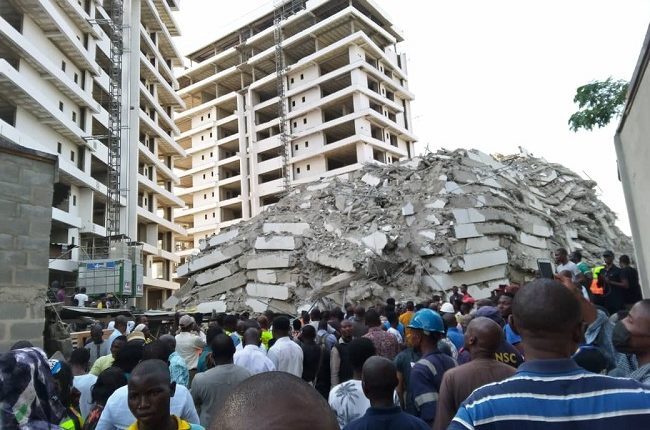 Lagos State government has ordered an investigation into the 21-storey building that collapsed on Monday on Gerrard Road in the Ikoyi area of the state, assuring that the report of the investigations would be made public in due course, even as it urged for calm over the incident.

The State Commissioner for Information and Strategy, Mr Gbenga Omotoso, made this known in a statement made available to newsmen.

“Governor Babajide Sanwo-Olu has ordered an investigation into the incident.

“A report of the investigations will be made public in due course,” he said.

This was just as Omotoso noted that the deputy governor, Dr Obafemi Hamzat, had visited the site in the company of other officials, directing that security agents to cordon off the site to facilitate rescue efforts.

“Lagos Rescue Unit (LRU), Lagos State Fire Service and Lagos State Ambulance Services (LASAMBUS) are on the site, battling to save the lives of those under the rubble. Three persons have been rescued, even as the operations to save more lives continue.

“The General Manager of the Lagos State Building Control Agency, Arch. Gbolahan Oki, was also at the scene assessing the site for any likely damage to the surrounding structures,” Omotoso stated.