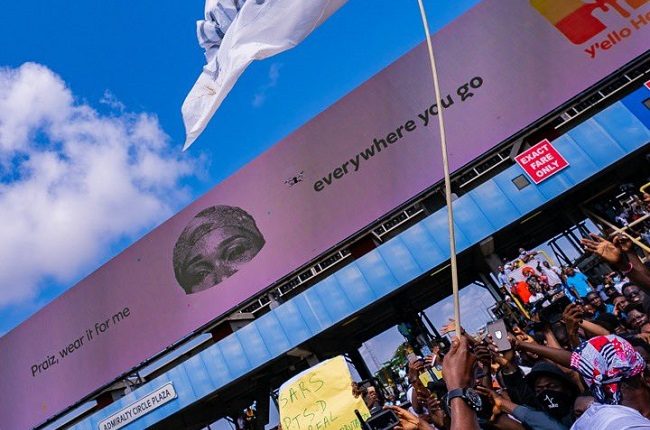 As #EndSARS protests continue to rock Lagos and witnessing pockets of violence, the state governor, Mr Babajide Sanwo-Olu, said he will visit President Muhammadu Buhari on Tuesday (tomorrow) to present the demands of youths on the issues.

The governor said this on Monday as he addressed the aggrieved youths in Lekki area of the state, where they camped and blocked the expressway, in protest, insisting on their demand the physical presence of the president, among others.

The protesters, who were largely uncoordinated, rebuffed pleas to open the road.

The governor, who braved all odds, left the weekly meeting of the State Executive Council (SEC) to address the protesters, urged them to be decorous and peaceful while expressing their grievances against the excessive use of force by SARS.

ALSO READ: Malaria infection drops from 43 per cent to 13 per cent in Benue ― Health Commissioner

Sanwo-Olu told the demonstrators that their protest was legitimate, but pleaded with them not to block the roads while passing on their grievances to the authorities.

The governor, while restating that he identified with the EndSARS campaigners, noting that their agitations touched the essence of democratic freedom, saying that citizens must never be denied the rights to protest. 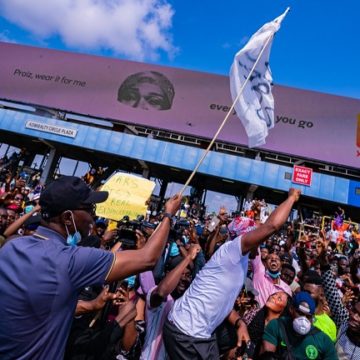 He further urged the protesters not to employ wrong methods to drive home their message and allow their legitimate campaign hijacked by hoodlums who may have another agenda, saying their voice had been heard clearly and a clear pronouncement dissolving the police unit made by the Federal Government.

“Your voice has been heard clearly and a clear pronouncement has been made on the activities of SARS. The operation has been dissolved by the police leadership and just a moment ago, Mr President addressed the nation on the issues you have raised.

“The president has said all SARS officers that are involved in the killing of innocent people and engaging in human rights abuses will be brought to justice.

“My stance on this EndSARS is unmistakable and I have told you that we identify with this protest because you have legitimate concerns.

“I am saying it again here that this protest is in good faith. But, we must not be unruly when going out on a protest like this. We want you to be peaceful and decorous in expressing yourselves,” the governor said.

Speaking further, Sanwo-Olu said he spoke with the Inspector General of Police (IGP), Muhammed Adamu, on Monday to outline the position of the Lagos State government on police reforms, adding that the state government would work with the police leadership on compensation for the family members of victims of SARS brutality in Lagos.