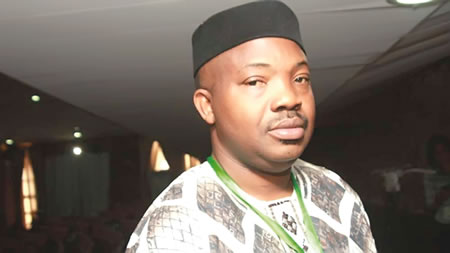 Governor Babajide Sanwo-Olu of Lagos State has donated N5 million for the funeral ceremony of late Yinka Odumakin, an activist and Publicity Secretary of Afenifere, the pan-Yoruba sociopolitical group.

The Civil Society and Pro-Democracy Movement Memorial Committee for the burial of Odumakin announced this in a statement in Lagos on Wednesday.

Mr Bamiji Awa, the Secretary of the Planning Committee, said the governor also donated three buses and an ambulance to the Odumakin solidarity memorial.

Awa said that the memorial was organised by the civil society and pro-democracy movement for the burial.

The remains of the late activist would be buried on Saturday at his hometown, Moro in Osun State.

“The Lagos State government has said they have specifically donated a sum of N5 million, three Coaster buses and one ambulance with security back up towards ensuring the success of the Solidarity Memorial initiated by comrades and associates of Yinka Odumakin,” the committee’s secretary said.

“This is for the celebration and immortalisation of the life and legacies of the departed as announced by the Civil Society Planning Team for Yinka Odumakin memorial,” he added.

According to Awa, the state government is in consultation with the family of the deceased on the appropriate support to be provided to them during the three-day burial activities.

According to him, the funeral activities of the late spokesman for Afenifere will take place between Thursday and Saturday.

He said that there would be lying-in-state at the Police College, Ikeja between 11 a.m. and I p.m., while the service of songs and tributes would hold from 1 p.m. to 4 p.m., same venue.

According to him, tributes’ session for the late activist will also be held on Friday at Oduduwa Hall, Obafemi Awolowo University, Ile-Ife in Osun between 1 p.m. and 5 p,m.

Awa said that there would also be a candlelight procession at 6 p.m. on Friday at Moro, Osun, adding that the procession would begin from Moro to Ife Grand Resorts, near Oduduwa University.

The rights activist said that the fraternal solidarity, night musical gyration and tributes would also be held at Ife Grand Resorts, near Oduduwa University, Ile-Ife from 8 p.m. the same day.

According to him, there will also be a Lying-in-State at Origbo Anglican Grammar School, Moro at 8 a.m. on Saturday followed by private interment at 10 a.m.