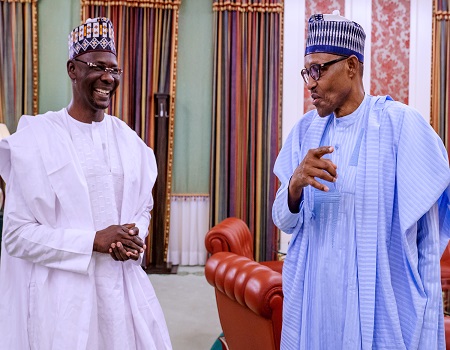 The meeting took place at about 11 am shortly before the commencement of the meeting of the Federal Executive Council (FEC).

The purpose of the meeting was not made public but it was believed to be connected with the controversial banishment of Lamido to Nasarawa state.

The former emir was initially taken to Loko town in the state upon his dethronement on Monday but had to be moved to Awe, also in the state because of poor accommodation facilities.

Recalled that Kano state government had announced his deposition citing insubordination and lack of respect for government.

Sanusi, who earlier said he had he accepted his fate, has now made public his intention to challenge the banishment in court.