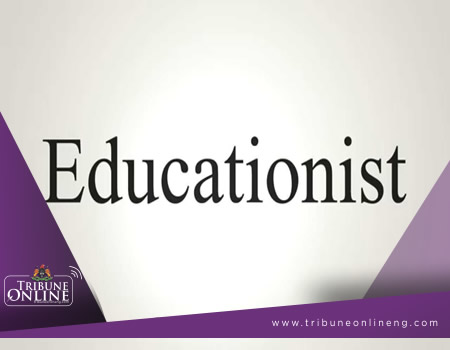 TO add values to educational advancement of the society, a Senior Advocate of Nigeria (SAN), Mallam Yusuf Olaolu Ali, has charged government at all levels to enforce free education policy rather than just proclaiming it.

Ali, who is also the founder of an Ilorin based nongovernmental organisation, Yusuf Olaolu Ali Foundation, made the call in Ilorin at the weekend during a formal presentation of scholarship award by the foundation to five brilliant students of Ilorin Emirate.

The five beneficiaries, who were given a cheque of N100, 000.00 each, to be enjoyed annually throughout their academic programmes in their various universities include Mr. Dasuki Ahmad Olorunisola (Ilorin South LG), Abdulateef Saheed (Ilorin West LG) and Mahmud Muktar Opeyemi (Asa LG). Others are Abdulraheem Kolawole (Ilorin South LG) and Bello Rofiat (Ilorin West LG).

“The spending of more money on education is the area where government expenditure yields highest rate of returns from the point of view of development”, he said, adding that “In line with the teaching of Islam, government must go beyond proclaiming free education by taking steps to enforce the proclamation”.

“The Islamic positions that, seeking knowledge is incumbent on every Muslim make it a personal responsibility to help people achieve their goal.

“While government has the larger responsibility to make individuals reach the peak in their educational pursuit, it is apparent that government alone cannot do this, it then behooves on individuals who Allah has blessed to help others acquire education”, he said.

The legal luminary said that criteria used to select beneficiaries include being “an indigene of the selected places, to be undergraduate in a Nigerian university with a cumulative of not less than 4.0 or a scale of 5.0 and a CGPA of 5.5 on a scale of 7.0 and must be in the faculties of Science or Medicine or Law”

He said that the board of trustees in collaboration with the Ilorin Emirate Development Progressive Union (IEDPU) came out with the names of the beneficiaries for Ilorin, adding that, “any awardees’ that is expelled or suspended for misconduct will automatically forfeit the award”.

The Senior Advocate  who stated further that the foundation was designed to promote education and health development added that, “the foundation consulted the United Capital Trustees and based on advice, we set up a trust and gave a little seed money with the directive that the fruits be invested in ethical business and in conformity with the tenets of Islam.

‘We further decided that the profit /income from the investments be used to pursue the objectives of the foundation and for starters, we are focusing on education and health subject to availability of funds.

“What we are doing today is to unveil the educational aspect of the intervention. We choose to begin with the three places I have historical connections with viz, my home town, Ifetedo in Osun state, Ilorin in Kwara state and Ibadan in Oyo state”.

He therefore assured that, he would continue to use his little resources towards the development of the society so that such beneficiaries would also give back to the society in the future.

In his own comment at the event, the National President, Ilorin Emirate Development Progressive Union(IEDOU) Alhaji Hamid Adi lauded the gesture of the foundation and advised the beneficiaries to guard the scholarship by be and up and doing in their academic pursuits.

Oyo State free education policy is for all children ― Commissioner