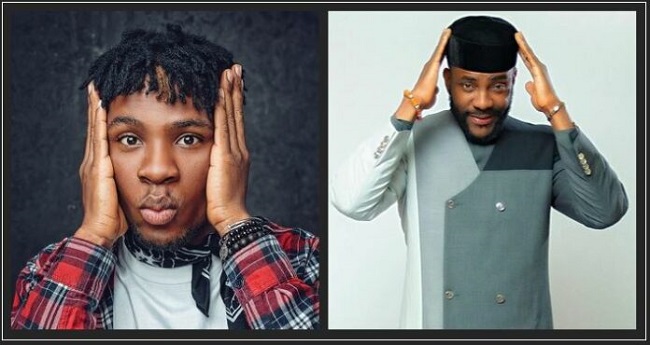 Samsung Electronics Nigeria recently unveiled Joseph Akinwale Akinfenwa popularly known as JoeBoy and media personality, Ebuka Obi-Uchendu as ambassadors for the company’s A Series and Flagship mobile devices, respectively. The duo were announced at the launch of Samsung Galaxy A Series and Samsung Galaxy ‘Unpacked’, which was held recently at The Experience Centre, Yudala Heights, Victoria Island, Lagos.

In the statement released by the company, Managing Director, Samsung Electronics Nigeria, Mr. Caden Yu, said that JoeBoy symbolises the values that Samsung has stood for over the years. “The Samsung brand stands for quality, innovation, change, self-expression and excellence. These qualities are epitomized by JoeBoy, whose depth and quality of work as well as versatility as a music artiste have endeared him to many Nigerians. We are very proud to have him endorse our new A Series mobile phones,” he said.

“A lawyer, media personality and one of the most trend-setting fashion icons in Nigeria, Ebuka, known for his impeccable sense of style, poise and success, clearly embodies what Samsung Galaxy flagship smart phones are known for; exquisite, fashionable, with stunning designs and experience that is second to none. “We are excited to have him onboard,” added Mr. Caden Yu.

“The colour accuracy on Samsung phone’s display is amazing and fits my kind of use. I can watch movies, go live with my fans and continue my emails on the go! It is really exciting to be part of the Galaxy family as a brand ambassador” JoeBoy added

“I am beyond excited to be joining the Samsung family. It is a brand I have admired for a very long time for so many obvious reasons. Its designs have always been amazing. The brand has consistently been a clear leader in the market with Innovative features, aesthetics that have always been really pleasing and most importantly, putting consumers first. So, this is a partnership I am super proud of”, Ebuka said

Samsung Nigeria has surely set the pace for 2021 in the mobile phone market with the introduction of these iconic individuals alongside the launch of their new A Series and S 21 Series devices.

The surprise visit made on Friday night by the leaders of the ruling All Progressives Congress (APC) to former President Goodluck Jonathan at his residence in Abuja triggered a stir in the major political camps, resulting in at least four possible theories..Samsung unveils JoeBoy  Samsung unveils JoeBoy

Dice Ailes out with ‘Money Dance’

My background influences the charitable work I do — Williams Uchemba

Nudity can be tastefully showcased in films — Actress, Omowunmi Dada