Sallah: CAN felicitates with Muslims 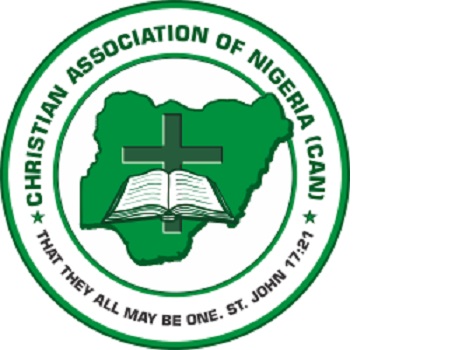 THE Leadership of the Christian Association of Nigeria (CAN) has facilitated with the Muslim Ummah in the country as they celebrate this year Eid-al-Adha otherwise known as the Festival of Sacrifice.

In a statement issued by Special Assistant (Media & Communications) to CAN President, Pastor Adebayo Oladeji “It is needless to remind our Muslim brothers and sisters that the festival is to commemorate the willingness of Abraham to sacrifice his son as an act of obedience to God who commanded him to do so with a view to tempting him.

“CAN urges all Nigerian Muslims to remember this sacrificial lifestyle of Abraham as they rejoice and celebrate. They should know that no sacrifice is too great to promote peace, harmony, love, unity, forgiveness and accommodation in their relationship with those who are non-Muslims.

“God must have reasons for allowing both Christianity and Islam to co-exist in the country. We appeal to the adherents of both religions to embrace peace and love. Once this is done, most of the ongoing killings in Nigeria will become history; after all both religions traced their sources to Father Abraham. If we are both his children, what joy do we derive in killing ourselves? Abraham was a man of peace and faith, it is high time we followed his footsteps.”

CAN, however, wondered “why some state governments in the North would literally declare war or hatred on Christianity. For example, most of them have it as a policy not to give Certificates of Occupancy (C of O) to churches with a view to denying them places of worship, when the 1999 Constitution (as Amended) allows freedom of worship and association. This is not so in the Christian dominated states in the South. This policy must be discarded to promote peace and unity.”

Furthermore, the statement noted “as we are in another election year, we challenge our politicians to stop vote buying, violence, blood-letting and other evils associated with campaign and election. It is regrettable to note that many of our politicians are not aspiring to serve but to amass wealth at our expense and this is why election has become a do-or-die affair. If a political party fulfil what was promised, violence force and intimidation will not be needed to retain the seat.

Muslim-Muslim Ticket: Why CAN position may not affect Christian’s voting choice

CAN advised the Independent National Electoral Commission (INEC) to make sure all eligible voters are allowed to register, with no hidden agenda.

“They should go and study how elections are conducted in a country like Ghana under a free and fair atmosphere that is better than ours. We frown at the vote-buying culture that has characterised all the recently conducted elections. It is a shame of international proportion”, the statement added.

“We wish to caution the Police, the Department of Security Services, the Army, the National Security and Civil Defence Corps and other security agencies that are involved in the conduct of election to shun partisanship. They should remain apolitical for the sake of the country after all leaders will come and go but Nigeria will remain.

Once again, we congratulate our Muslim brothers and sisters as they rejoice in the Sallah’s celebration. May God deliver our country from whatever bondage we are in and may the peace and unity of this country become the watchword of our leaders at all levels,” CAN stated.