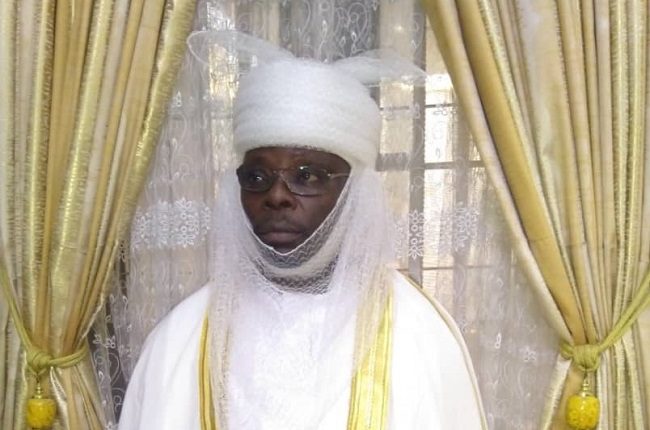 THE president of the League of Imams and Alfas in South West Nigeria, Sheikh Jamiu Bello Kewulere, has expressed satisfaction with the performance of the Aare Musulumi of Yorubaland, Alhaji Dawud Akinola, almost six years after assuming the position.

Sheikh Kewulere, who is also the Chief Imam of Ado-Ekiti and Grand Imam of Ekiti State, said this was the position of the Rabitah (the governing council of Imams and Alfas in Yorubaland) and the entire South West Muslim community.

The cleric made the remarks during a courtesy visit of members of the Rabitah to Alhaji Akinola at his Agodi GRA residence in Ibadan, Oyo State.

The purpose of the visit, according to Sheikh Kewulere, was to pass a vote of confidence in Alhaji Akinola as the Aare Musulumi of Yorubaland, to revalidate his mandate and pray for his continued success.

While presenting the revalidation certificate to Akinola, the Chief Imam of Owo, Ondo State, and Secretary General of the League, Sheikh Hammed Aladesawe, said the Rabitah was unanimous in its agreement that despite the current economic downturn and effects of the COVID-19 pandemic, the Aare Musulumi had proven himself as a worthy Muslim leader through his compassionate and prompt responses to the demands of members of the Ummah.

Sheikh Aladesawe said the Rabitah had no regret selecting Akinola as the Aare Musulumi of Yorubaland.
Responding, Alhaji Akinola described the vote of confidence passed in him by the spiritual fathers as an encouragement to do more for Islam and humanity.

Meanwhile, thousands of indigent Muslims have continued to visit the Ibadan residence of Alhaji Akinola to benefit from the intermittent distribution of food items to needy members of the Ummah during the holy month of Ramadan.

The Muslim leader said apart from this open exercise, students of several Arabic schools were being given daily suhoor and iftar meals for the duration of the Ramadan fast.

He called on other privileged Nigerians to lend helping hands to the needy so as to reduce the pangs of hunger and poverty in society.

In spite of the huge investment in the water sector by the government and international organisations, water scarcity has grown to become a perennial nightmare for residents of Abeokuta, the Ogun State capital. This report x-rays the lives and experiences of residents in getting clean, potable and affordable water amidst the surge of COVID-19 cases in the state…Alfas commend Akinola’s performance  Alfas commend Akinola’s performance