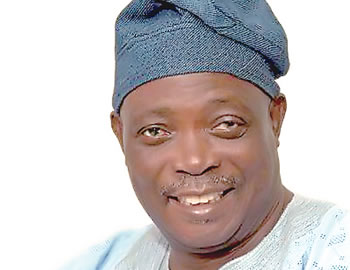 Former governors Rasheed Ladoja and Otunba Gbenga Daniel who both lost out in the race for the national chairmanship post of the Peoples Democratic Party (PDP) have spoken in favour of the outcome of the national convention which saw the emergence of Prince Uche Secondus as chairman.
Ladoja told the Governor Seriake Dickson-PDP National Committee on Reconciliation that the south west had accepted the outcome of the convention.
The committee met both former governors separately on Thursday.
Speaking while receiving the team in Ibadan, Ladoja said that the PDP had a great chance to recapture power in all the states and even at the national level.
He assured the committee that the PDP in the South West would work in harmony in the overall interest of the party.
According to him, the convention provided the opportunity for the south west zone to learn its lesson as it has realized that it could speak with one voice.
Also speaking while hosting the committee, Daniel, said it was too late for leaders of the PDP of his status to contemplate leaving the party.
He assured his guests that the PDP in the South West would do everything to ensure the success of the party in 2019.
Daniel said that while it was true that grievous mistakes and wrong assumptions which should have been avoided were made, he was experienced enough to know the nature of struggle for power, which he said, was not a ‘tea party.’
He commended Dickson for the maturity and for making the sacrifice to lead the team to the South West a few days after the convention.
He said: “From bottom of my heart, I really want to thank you for your commendable efforts and for the strength of this powerful delegation; for you to have decided to leave whatever you were doing to embark on this mission of reconciliation after the convention, even within a few days, is something quite commendable.
“And I want you to be rest assured that we will do everything that is humanly possible to make sure that our party, the PDP, succeeds. There are no doubt that there are issues. Of course the issues are usually expected when you have this kind of struggle.
“I also know that grievous mistakes have been made, and assumptions that ordinary shouldn’t have happened have happened. But we also are sufficiently experienced to appreciate that the struggle for power is not a tea party. And quite a number of people in the process play anyhow whether fair or foul.
“But I think the responsibility of our party and of leadership is what you have demonstrated. That when we do have challenges, rather than sit back, and brood over our challenges, you have stood up to do whatever to do what is expected.
“I am not even so sure that the ruling party, the APC has such capacity. Most importantly, you can be assured that on my part, for eight years I flew the flag of the PDP, and of course if you look at my forehead, the only thing you will see there is PDP.”
The chairman of the committee, Governor Dickson, had said that the party would need the full support of its members in the South West to effectively execute its plan to capture political power in 2019.

The Special Adviser to Governor Dickson on Media Relations, Mr. Fidelis Soriwei, said in a statement issued at the end of the visits to north the party men that Dickson
said that the PDP would need the support and the wise counsel of Daniel and other leaders in the South West to succeed in its objectives.
He explained that the committee was in the South West to discuss the issues that were thrown up by the last convention which produced the Prince Uche Secondus-led National Working Committee and pleaded with Daniel to sustain continuous participation in the affairs of the party.
He said, “We come with greetings from the leadership of the party that you consolidated, the party that you served as governor for eight years.
We are here to thank you and to remind you that you are still a pillar of our party, in your state, in the South West, and across Nigeria. The party is relying on your wise counsel.
“You and your colleagues woke up our party when you went round the entire country to campaign. Our party, the PDP, is a viable political platform.
“We are here to discuss the issues that have arisen as a result of the convention. The party holds you, Ogun State, and the South West Zone in very high esteem. Moving forward, we rely on your support, guidance of leaders like you to succeed. We look forward to your active robust participation in the affairs òf the PDP going forward.”
LadojaPDPS/West
Share

Malami assures of prudent utilisation of resources in justice ministry

Ogun to raise fund for infrastructure