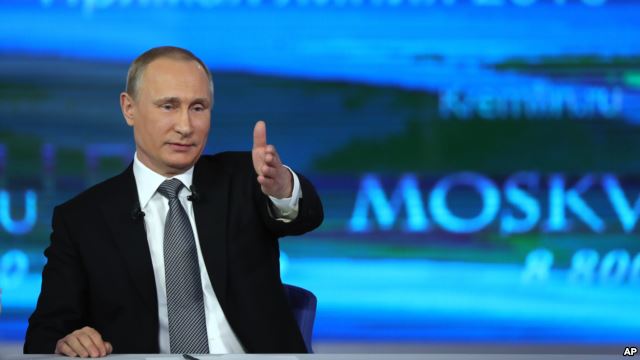 RUSSIA has accused Ukraine of trying to carry out armed incursions into Crimea – the territory seized and annexed by Russia in 2014.
The FSB intelligence agency said two attempted incursions had taken place over the weekend and a Russian soldier and an FSB employee had been killed.
President Vladimir Putin said Ukraine had engaged in “stupid and criminal” actions and Russia would take “further security measures” in Crimea.
Ukraine has rejected the accusations, BBC said.
“This is fake information,” a spokesman for Ukrainian defence intelligence said.
Another official, Yuriy Tandit, an aide to the head of Ukraine’s Security Service, was quoted by the Interfax-Ukraine news agency as saying: “Ukraine does not seize and does not recover by force its territory, and will not do it.”
The agency quoted other officials accusing Russia of building up its military forces in Crimea near the territory’s de facto border with Ukraine, which “could mean Moscow’s preparing for offensive operations”.
Kiev is preparing to celebrate the 25th anniversary of Ukrainian independence on 24 August, and officials have suggested Moscow may try to disrupt the celebrations.
For its part, the FSB said Ukrainian forces had intended to sabotage key infrastructure in Crimea.
“The aim of this subversive activity and terrorist acts was to destabilise the socio-political situation in the region ahead of preparations and the holding of elections,” the spy agency said.
It said the attempted incursions had been accompanied by “heavy fire” from Ukrainian territory, resulting in the death of the Russian soldier. The FSB employee died while trying to detain infiltrators, it said.
Bombs, ammunition and mines had been found in the area where “terrorist attacks” had been foiled, it said.
Mr Putin said there was no point in further negotiations with Ukraine and called on the US and European countries to put pressure on Kiev to change its behaviour.
About 9,000 people are reported to have been killed in the conflict that followed the Russian annexation of Crimea.
The US and European Union imposed sanctions on Moscow in response to its seizure of the territory.