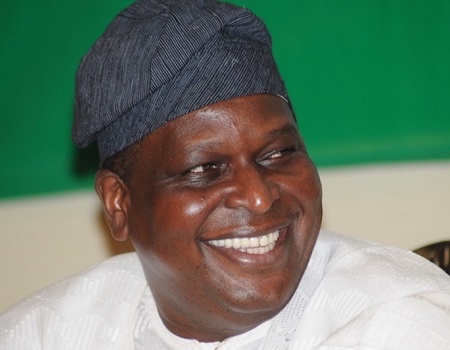 Share
The Director-General of the National Council for Arts and Culture has hailed the initiative of the Gen. Buba Marwa-led Presidential Advisory Committee on the Elimination of Drug Abuse (PACEDA).
Otunba Segun Runsewe said that the initiative is a welcome development considering the challenges of drug abuse amongst Nigerians especially the youths.
Runsewe who is Nigeria’s number one Culture Ambassador and a staunch advocate of preserving the country’s cultural identity, observed with very keen interest that drug abuse has never been part of our culture.
Declaring his stand via telephone conversation, the NCAC DG noted with excitement that the committee has come at the right time to enlighten and educate Nigerians on the dangers of drug abuse.

He was particularly happy with the committee’s proposal of introducing random drug testing for Nigerians aimed at identifying persons in need of attention and assisting them to overcome the challenges of addiction.
Speaking further, Runsewe cited the Malaysian and Korean experience as countries that have been successful in tacking the menace of drug abuse since the 1990s by aligning closely with the International Drug Policy Consortium which is a global network of organisations and professional networks that specialise in issues related to illegal drug production and use.
He noted that Nigeria can engage with the Consortium as it promotes objective and open debate on the effectiveness, direction and content of drug policies at national and international level while supporting evidence-based policies that are effective in reducing drug-related harm.
Runsewe concluded by assuring Nigerians that the NCAC will continue to play its part by using the cultural content of our domestic environment to sustain the fight against drug abuse.